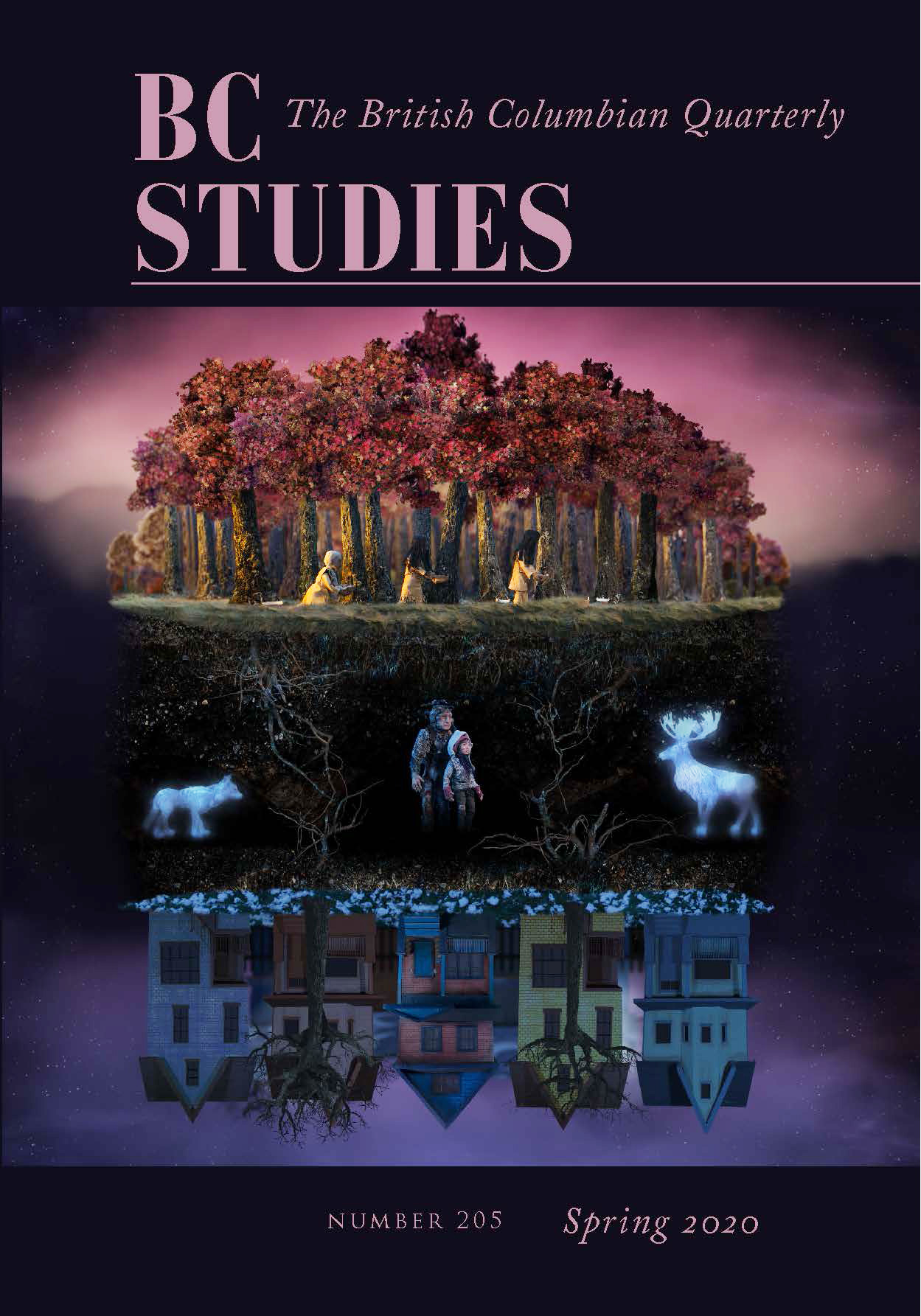 Forging Community through Disaster Response: Nepali Canadians and the 2015 Earthquakes

American Exiles beyond the Politics of the Draft: Nudity, Feminism, and Third World Decolonization in Vancouver, 1968-71

Anxiety at the Gates of Hell: Community Reputation in the Georges, 1908-15

“Doing Everything Possible to Encourage a British Sentiment”: The Rise of Film Censorship and Regulation of Picture Houses in British Columbia, 1910-15

When the City Sleeps, We Dream of Disruption: A Review of Lisa Jackson’s Transmissions Exhibition

The Body Remembers When the World Broke Open

Though many will recognize Elle-Máijá Tailfeathers for her remarkable body of short and documentary films (Bloodland [2011], A Red Girl’s Reasoning [2012], Bihttoš [2014], cəsnaʔəm, the city before the city [2017]), The Body Remembers When the World Broke Open (2019)...

The Salish Sea is an international ecosystem that features an amazing array of gorgeous and largely tranquil islands. Tourists and residents enjoy the rural simplicity of the islands and from most appearances, the living is...

Voices from the Skeena: An Illustrated Oral History

Many familiar with Imbert Orchard’s CBC radio interviews from the 1960s will welcome this publication of transcriptions of oral interviews relating to the history of the Skeena River together with forty illustrations executed by the...

This Was Our Valley

The 2019 edition of This Was Our Valley by Shirlee Smith Matheson and Earl K. Pollon continues a longstanding conversation about the impacts of large dams in northern British Columbia. This story, told in three acts,...

It’s best to start any study with a clear, concise, and irrefutable sentence. But “Vancouver is a place” is taking that axiom too far. And, as anyone who knows horses will tell you, a place...

Corporate involvement in Canadian schools is an emotional topic. There are alarmists, like some of the teachers’ federations. They long for public education’s halcyon days and warn vaguely of nefarious “neoliberals” set to “privatize.” There...

Geographer Tyler McCreary’s book about Witsuwit’en-settler relations in Smithers is a valuable new addition to research and writing on histories of place in settler-colonial contexts. Shared Histories demonstrates how academic work can be integrated with local...

Trans-Pacific Mobilities: The Chinese and Canada

This book examines the trans-Pacific mobility of migrants, products, images and ideas as part of the great global diaspora of Chinese people. As China has modernised and globalised, aspects of its self-transformation have been exported...

Stories from the Magic Canoe of Wa’xaid

The Story of the Wa’xaid’s (Xenakaisla elder Cecil Paul) Magic Canoe is well known throughout some circles. From coastal rain forest conservation groups to International Indigenous networks, Cecil Paul has been invited to tell his...

Cornelius O’Keefe: the Life, Loves, and Legacy of an Okanagan Rancher

Cornelius O’Keefe was one of a small group of pioneer Okanagan ranchers who managed, in the late nineteenth century, to accumulate land, wealth, and influence. His rags-to-riches story was made possible by a combination of...

Outside In: A Political Memoir

Outside In can be read and enjoyed as a straightforward memoir of Libby Davies’ remarkable career as an activist and elected official.  It traces her path from her early days working for housing justice in Vancouver’s...

The Last Suffragist Standing: The Life and Times of Laura Marshall Jamieson

Veronica Strong-Boag is one of Canada’s most distinguished women’s historians.  One of the major themes of her publishing career has been Canadian women’s struggle for the vote. Strong-Boag’s expertise in the field is very much...

Moved by the State: Forced Relocation and Making a Good Life in Postwar Canada

Focusing on the “trente glorieuses” period, Tina Loo’s study of how the Canadian welfare-state pursued its promise of universality gives us an in-depth look at five communities: namely Inuit villages in the district of Keewatin...

BC Studies no. 205 Spring 2020 | Bibliography of British Columbia

Jaalen Edenshaw is a member of the Tsaahl eagle clan of the Haida Nation. As a totem pole carver he draws on Haida language, land, and story for inspiration. His work and contact information is available at www.jaalen.net.

Karlene Harvey is an illustrator and writer who lives on the unceded and ancestral territories of the Coast Salish people. She is a member of the Tsilhqot’in First Nation with family ties to the Carrier and Syilx Nations. She is currently studying Indigenous literature at the University of British Columbia.

Henry John is a doctoral candidate at the University of British Columbia history department and a settler from the United Kingdom, currently living and working on unceded Coast Salish territories. His doctoral research explores 20th century social movements, and the intersections of labour, environmentalisms, and Indigenous rights during the 1980s and 1990s in British Columbia and the North American West. He is currently on a PhD co-op placement with the International Woodworkers of America Archive at the Kaatza Station Museum in Lake Cowichan.

Brian McIlroy is professor of film studies in the Department of Theatre and Film at the University of British Columbia. He has published articles on various Canadian cinematic topics, including the work of Sidney Olcott, Alanis Obomsawin, and Francois Girard. He is a past president of the Film Studies Association of Canada.

Ramjee Parajulee was born in in Nepal and currently resides in British Columbia. He a faculty member in the Department of Political Science at Capilano University and holds a PhD in political science (1997) from George Washington University. His areas of interest include international affairs, democracy, and development, and he is the author of Democratic Transition in Nepal (Lanham, MD: Rowman and Littlefield, 2000).

Sara Shneiderman is associate professor in the Department of An- thropology, the School of Public Policy and Global Affairs, and the Institute of Asian Research at the University of British Columbia. She is the author of Rituals of Ethnicity: Thangmi Identities Between Nepal and India (Philadelphia: University of Pennsylvania Press, 2015) and the principal investigator for “Expertise, Labour and Mobility in Nepal’s Post-Conflict, Post-Disaster Reconstruction,” a SSHRC Partnership Development Grant (2017–2021).

Ratna K. Shrestha has been teaching at the Vancouver School of Economics, the University of British Columbia, for the past sixteen years. Before joining UBC, Dr. Shrestha taught at Memorial University of Newfoundland. His main research interests are environmental economics, public finance, mechanism design, and social inequality. He has published many articles in refereed journals, including a recent article in mechanism design in Journal of Environmental Economics and Management.

Jonathan Swainger is a professor of history at the University of Northern British Columbia and is currently working on a book-length manuscript exploring the relationship between crime, disorder, and race in forming community identity in the Georges – South Fort George, Fort George, and Prince George – from 1909 to 1925.