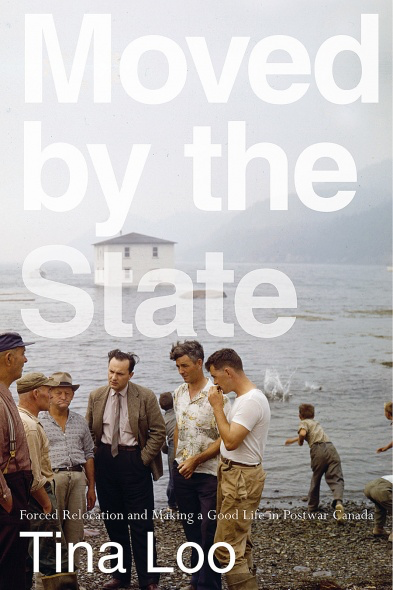 Moved by the State: Forced Relocation and Making a Good Life in Postwar Canada

Focusing on the “trente glorieuses” period, Tina Loo’s study of how the Canadian welfare-state pursued its promise of universality gives us an in-depth look at five communities: namely Inuit villages in the district of Keewatin (Nunavut), small outports in Newfoundland, rural villages in the lower Saint-Lawrence and Gaspé (Quebec), the Africville settlement in Halifax (Nova Scotia), and the Stratchcona area in the Vancouver East Side (British Columbia). Despite their differing social and geographical characteristics, these locales have in common that their residents all “found themselves moved by the state” (197). Through a meticulous treatment of archives and a well-crafted framing of development as a tension between community empowerment and state discipline, Loo interrogates the ways in which “if [the postwar liberal state] couldn’t deliver services to the poor, it would deliver the poor to services” (197).  She brings together qualitatively different communities within a common analytical framework, but her focus on local realities remains expansive. As a result, the book is larger than the sum of its parts. Often couched as a benevolent pursuit of social security through spatial justice, relocation schemes nevertheless enabled the state to exercise power. This ambiguity runs through each of the cases examined. In my reading, Loo does not seek to resolve it but to show the ways in which it is woven into the very fabric of Canadian policy: “Uprooting people against their wills so they could realize their potential as individuals captures the violence and contradiction inherent in extending the ‘liberal order’ that Ian McKay argues characterized Canada” (197).[1]

Of the five relocation cases chosen, Loo is careful to present as balanced an account as can possibly be given. Her sources are drawn from federal as well as regional and university archives, including municipal ones for Halifax and Vancouver. The book does not include first-hand accounts but, drawing from the archives, the author has selected several testimonies of individuals involved in these relocations; to her credit, these voices are not just those of the people targeted by these policies but also those of the government employees who conceived and deployed them. The most notable achievement of Moved by the State is that it proposes a framework for understanding the subjectivity of government bureaucrats as well as that of relocation participants. In Loo’s analysis, power acquires many nuances: hope and agency are undeniably part of its realm, and both circulated broadly among local residents and policy-makers, with surprising results. Although the book spans across Canada, readers located in British Colombia will find much to relate to as redevelopment dynamics in other provinces can shed light on the Vancouver East Side experience.  All in all, this new book by Tina Loo confirms her rigour, originality and leadership in Canadian history.