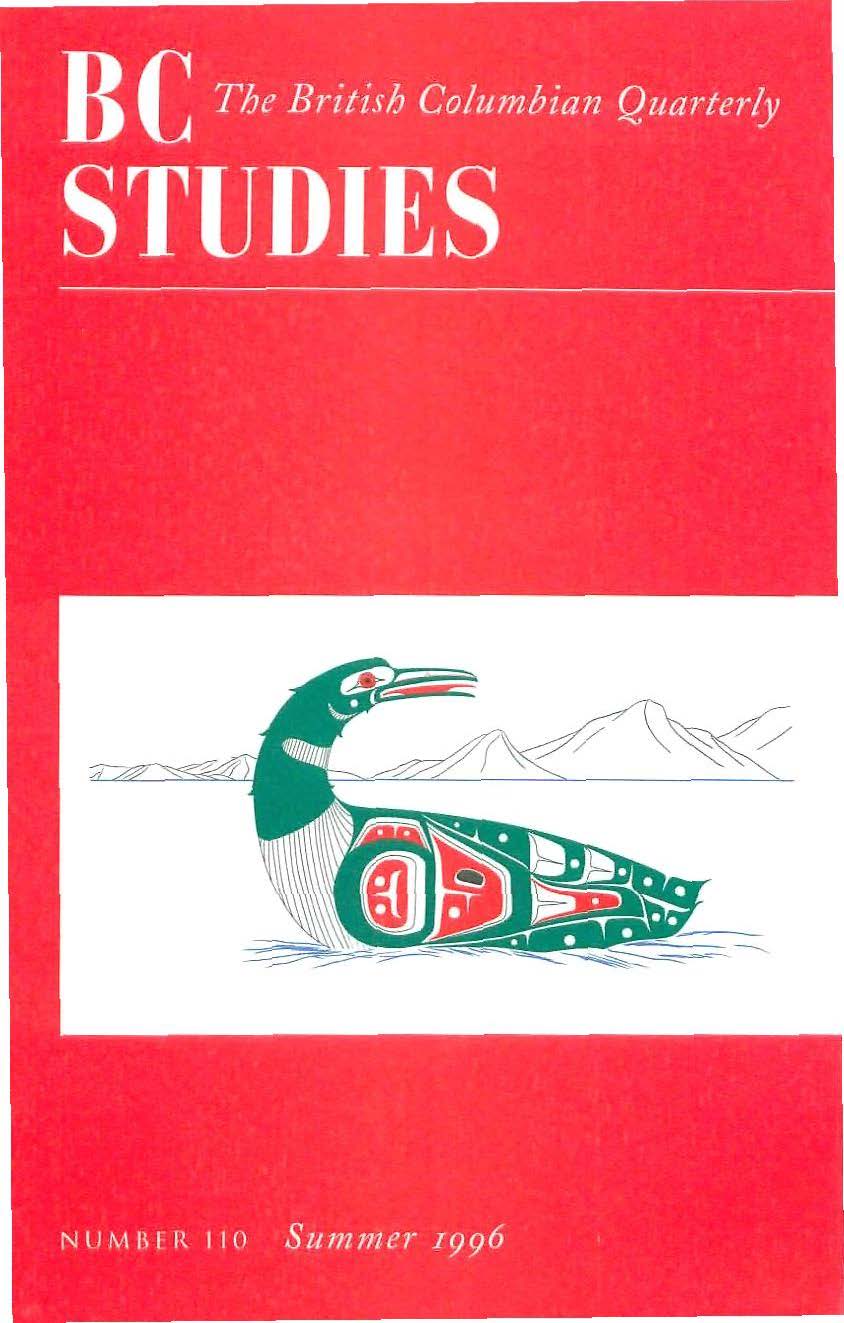 An Ambivalent Electorate: A Review of the British Columbia General Election of 1996

Geology of the Kelowna Area and Origin of the Okanagan Valley, British Columbia

HR: A Biography of H.R. MacMillan

A History of Canadian Architecture, Volumes I and II

Ron Thom: The Shaping of an Architect

The Wilderness Profound: Victorian Life on the Gulf of Georgia

Red Flags & Red Tape: The Making of a Labour Bureaucracy

BC Studies no. 110 Summer 1996 | Bibliography of British Columbia

Theodore H. Cohn is a professor of political science at Simon Fraser University who specializes in Canadian foreign policy, and international relations and political economy.

R.C. (Bob) Harris is a retired engineer and close student of the early geography of BC.

Susan Musgrave is a well known BC poet whose great grandfather presided over much of Salt Spring Island, and who wonders how the family lost the property. Although a recent book of her essays is Musgrave Landing, she has never, as far as she knows, lived on an island.

Paige Raibmon, an honours graduate in history from the University of British Columbia, is a doctoral student at Duke University.

Linda Rogers, a writer of poetry, prose, and children’s books, lives and teaches in Victoria.

Norman Ruff is a professor of political science at the University of Victoria and a recognized authority on BC politics.

Patrick J. Smith, Director of the Institute of Governance Studies at Simon Fraser University, specializes in local and provincial politics and public policy.