In recent decades, scholars on both sides of the Canada-U.S. border and in Japan have contributed to the development of a rich and growing body of literature that addresses the historical experience of Japanese immigrants and their descendants in North America. This special issue of BC Studies will take stock of what this has meant for Nikkei history in British Columbia and ask how approaches developed in other regional or disciplinary contexts might be applied to further enhance our understanding of the Nikkei experience in British Columbia. Guest edited by Andrea Geiger, the issue features an excerpt from Joy Kogawa’s Gently to Nagasaki, articles by Greg Robinson, Janice Matsumura, Daniel Lachapelle Lemire and Patricia Roy, and a photo essay by Robert Muckle.

Excerpt from Within the Barbed Wire Fence: A Japanese Man’s Account of His Internment in Canada

An Excerpt from Gently to Nagasaki

Bittersweet Memories: Narratives of Japanese Canadian Children’s Experiences before the Second World War and the Politics of Redress

An Ambiguous Relationship: Anglicans and the Japanese in British Columbia, 1902-1949 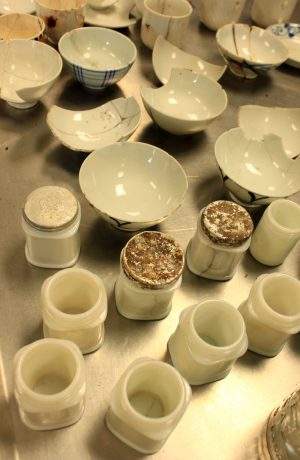 Keeping Promises: The Royal Proclamation of 1763, Aboriginal Rights, and Treaties in Canada

From Recognition to Reconciliation: Essays on the Constitutional Entrenchment of Aboriginal and Treaty Rights

From New Peoples to New Nations: Aspects of Metis History and Identity from the Eighteenth to the Twenty-first Centuries

Naturalists at Sea: From Dampier to Darwin

Seeking Our Eden: The Dreams and Migrations of Sarah Jameson Craig

A Nation in Conflict: Canada and the Two World Wars

Landscapes of War and Memory: The Two World Wars in Canadian Literature and the Arts, 1977–2007

Invisible Immigrants: The English in Canada since 1945

Transforming Provincial Politics: The Political Economy of Canada’s Provinces and Territories in the Neoliberal Era

Innocence on Trial: The Framing of Ivan Henry

Letters to My Grandchildren and A World for My Daughter

Masterworks from the Audain Art Museum

From the Forest to the Sea: Emily Carr in British Columbia

Joy Kogawa was born in Vancouver, BC. Her best-known work is a novel, Obasan. She has recently published a memoir, Gently to Nagasaki, by Caitlin Press.

Daniel Lachapelle Lemire is putting the final touches to his PhD thesis on the reimagination of the Japanese Canadians’ collective identity. He is currently working in parallel on a book project – a translation of essays written by Japanese Canadian children for their language school’s newsletter before the Second World War. He dedicates a sizeable pro- portion of his spare time to the practice and teaching of two Japanese martial arts, iaido and kendo.

Janice Matsumura is an Associate Professor of History at Simon Fraser University, Burnaby, BC, Canada. The focus of her research has been the Asia-Pacific War (1931–45), including the relationship between state propaganda and medical policies.

Robert (Bob) Muckle has been teaching, practising, and writing about archaeology and anthropology in BC since the 1980s. He is a faculty member of the Department of Anthropology at Capilano University in North Vancouver.

Greg Robinson is a Professor of History at l’Université du Québec à Montréal, and a researcher at the Center for United States Studies of the Chaire Raoul-Dandurand. His book, A Tragedy of Democracy: Japanese Confinement in North America (Columbia University Press, 2009), won the 2009 History book prize of the Association for Asian American Studies, and his book After Camp: Portraits in Midcentury Japanese American Life and Politics (University of California Press, 2012), won the Caroline Bancroft History Prize in Western U.S. History. His most recent book, The Great Unknown: Japanese American Sketches (University Press of Colorado, 2016), offers an alternative history of Japanese Americans. Professor Robinson is the editor of Pacific Citizens: Larry and Guyo Tajiri and Japanese American Journalism in the World War II Era (University of Illinois Press, 2012), and co-editor of Miné Okubo: Following Her Own Road, on the groundbreaking nisei artist and writer.

Patricia E. Roy, a Professor Emeritus of History at the University of Victoria, has contributed a number of articles to BC Studies over the years. She has written extensively on the Chinese and Japanese in British Columbia, but her most recent book is Boundless Optimism: Richard McBride’s British Columbia (UBC Press, 2012).