Cross-Border Trading: Mungo Martin Carves for the World of Tomorrow

By Richard A. Rajala

“The Ordinary Needs of Life”: Strategies of Survival for Single Women in 1901 Victoria 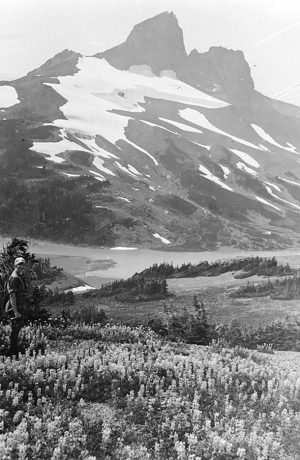 By David Brownstein, A. W. Rasporich

British Columbia is noteworthy among Canadian provinces for its paucity of good farmland. Too much is rocky, the coastal forests are daunting, a great deal is arid, elevations are too great to support crops, and...

One challenge of writing a poetry collection that centres around rural life is that the poet is automatically engaged with debates between centre and periphery, between the urban and the rural, and, in the case...

The Reckoning of Boston Jim: A Novel

In the aftermath of the Crimean War, Eugene Augustus Hume resigns his commission. Later, hearing the casual remark that the charge of the Light Brigade was unnecessary, Eugene thinks to himself “The whole war was...

At the Far Reaches of Empire: The Life of Juan Francisco de la Bodega y Quadra

Spanish activity along the Pacific Northwest Coast from 1774 to 1793 has attracted a moderate amount of scholarly attention, including monographs by Warren Cook, Donald Cutter, and John Kendrick, as well as the publication, often...

Tsimshian Treasures: The Remarkable Journey of the Dundas Collection

In October 1863, the Reverend Robert J. Dundas of Scotland travelled up the coast from Victoria to Old Metlakatla, near Prince Rupert. There, he acquired seventy-seven “ceremonial objects” from the Anglican evangelical lay minister William...

In Search of Canadian Political Culture

In Search of Canadian Political Culture positions itself at the centre of debates over the nature of political culture in Canada, taking on disputes within what Alan Cairns would call the “sociological school” (behavioural versus...

Capital and Labour in the British Columbia Forest Industry, 1934-1974

A few exceptions aside, the remarkable escalation of books that have investigated British Columbia’s forests and forest economy in recent years have not paid much attention to labour. Yet labour’s role is vital to the evolution...

The Ambitious City: A History of the City of North Vancouver

Each of these books contributes in important ways to the writing of the history of Greater Vancouver. Considered together they represent an interesting opportunity to compare different approaches to writing local history. Warren Sommer’s The...

The British Columbia Atlas of Wellness

Maps and atlases have acquired a mystique in the lore of public health since the publication of Dr. John Snow’s famous cholera map of London in the mid-nineteenth century. Somewhere along the way, a notion...

John Calvert is a professor of political science at Simon Fraser University, but this is not the kind of book one expects from an academic. It presents a conspiracy theory in which the sole purpose...

Resilience. This is a word that, for me, conjures up a feeling of hard times met with bald-faced determination to get through whatever comes one’s way. Coasts under Stress brings this idea to life through...

Sharks and marine mammals are charismatic and have captivated people for centuries. People have regarded them with sentiments ranging from reverence to repugnance. Historically, our principal motivations towards these creatures were financial and fatal. They...

Dr. Leslie Dawn teaches art history at the University of Lethbridge. His recent publications include “Re:Reading Reid and the ‘Revival'” in Bill Reid and Beyond, edited by Karen Duffek and Charlotte Townsend-Gault; National Visions, National Blindness: Canadian Art and Identities in the 1920s, which was awarded the 2008 Raymond Klibansky prize for outstanding English language book in the humanities, and “The Englishness of Canadian Art” in John O’Brien and Peter White, eds., Beyond Wilderness, The Group of Seven, Canadian Identity, and Contemporary Art. Prof. Dawn lives in Victoria when he can.

Jenéa Tallentire is an instructor in History and Women’s Studies at the University of the Fraser Valley in Abbotsford, British Columbia. Her dissertation (completed at UBC in 2006) focused on defining marital status as a category of analysis for women’s history, through the lens of single women in British Columbia from 1880 to 1930. With Kim Snowden she is the co-founder and chief co-editor of thirdspace: a journal of feminist theory and culture and is also the founder of the Scholars of Single Women Network. Her post-doctoral research explores the intersections of gender, Whiteness, and nation in the writings of three ever-single Canadian women.

Richard A. Rajala is an Associate Professor of History at the University of Victoria. Recent books include Feds, Forests, and Fire: A Century of Canadian Forestry Innovation (Ottawa: Canada Science and Technology Museum, 2005), and Up-Coast: Forests and Industry on British Columbia’s North Coast, 1870-2005 (Victoria: Royal British Columbia Museum, 2006).

David Brownstein completed a PhD at UBC’s Institute for Resources, Environment and Sustainability in 2006, entitled “Sunday Walks and Seedtraps: The Many Natural Histories of British Columbia Forest Conservation, 1890-1925.” Presently he is a sessional instructor in the Department of Geography at UBC, and principal of the consulting firm Klahanie Research Ltd.

Dorothee Schreiber teaches ethnoecology in the School of Environmental Studies at the University of Victoria. Her research interests include traditional ecological knowledge, Native-settler relations and natural resource management, and ethnohistory of the Northwest coast.