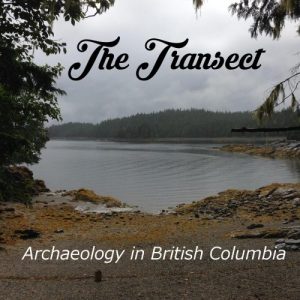 The world of British Columbian archaeology is, to most, unknown and inaccessible. This is a shame, particularly in a province whose settler population has such a poor grasp of its long human history. Archaeology is not only an intriguing way of exploring BC’s deep past, it is a powerful way of understanding some of the most important contemporary social issues facing our province, particularly those involving Indigenous sovereignty.

Archaeology, here, is a complicated affair. All BC archaeologists operate with the knowledge that the results of their work could end up in court, used in ways never intended. Most archaeologists in this province are employed in private consulting and know that their work, while rigorously documenting and contributing to the protection of material cultural heritage, is also funded by and facilitates development and resource extraction, and too often the destruction of irreplaceable cultural landscapes. Archaeology in BC is serious business, a study of the past with often immediate impact on the present and future of some of the province’s most vulnerable communities and contested lands.

Given this, what to make of a podcast that describes itself casually as “Three archaeologists talk shop, host guests, get serious, get silly, and record it all!”? Since 2016, The Transect hosts, Kody Huard, Sean Connaughton, and Ian Sellers, have produced fourteen episodes, predominantly in the mode of a kitchen table conversation with a single guest. Their self-description is not inaccurate but undersells the show. Its tone is by turns jocular, irreverent, and earnest; its charisma is in the pleasure taken by archaeologists sharing stories. But The Transect is more than shop talk and reminisces, and it has much to offer to those outside of BC archaeology.

While the three hosts share similar backgrounds, their archaeologist guests are various—young and old, Indigenous and settler, academic and consulting. Conversations are convivial but routinely delve into challenging territory. They examine the social and political landscapes of this province through a uniquely archaeological lens, posing and probing questions such as, who initiates and benefits from archaeological research? How can archaeological knowledge be made meaningful and relevant to living peoples? And who are the archaeologists of BC (and why does it matter)?

This last question is particularly well explored. Episode by episode, a portrait develops of the diverse archaeological community in BC. Hosts and guests examine, through individual experiences, how identity shapes the production and implications of archaeological knowledge, including: working in a discipline where women, though increasingly represented, face interpersonal and systemic challenges; the radically different stakes for Indigenous archaeologists working with their own histories; and the contrasting work cultures, opportunities, and challenges of conducting archaeology in the employ of academia, consulting archaeology, or for First Nation bands.

The intended audience appears to be fellow archaeologists in the region, but I imagine other potential listeners too: those intrigued by the romance of the discipline but unaware that it is practiced daily throughout BC. Or those who marvel at the incredible richness of a human history in this corner of the continent that stretches back over twenty-thousand years, to time immemorial. Or those interested in how BC’s historical landscapes are being marshalled to support but also contest Indigenous sovereignty.

The Transect has been on extended hiatus, releasing only one episode in the past two years, but the hosts intend to resume production once the pandemic abates. In the meantime, their back catalogue provides listeners the kind of conversations that have been acutely scarce during this past year of social distancing—informal, discursive, convivial—offering an entrée into the world of BC archaeology not found in other mediums.