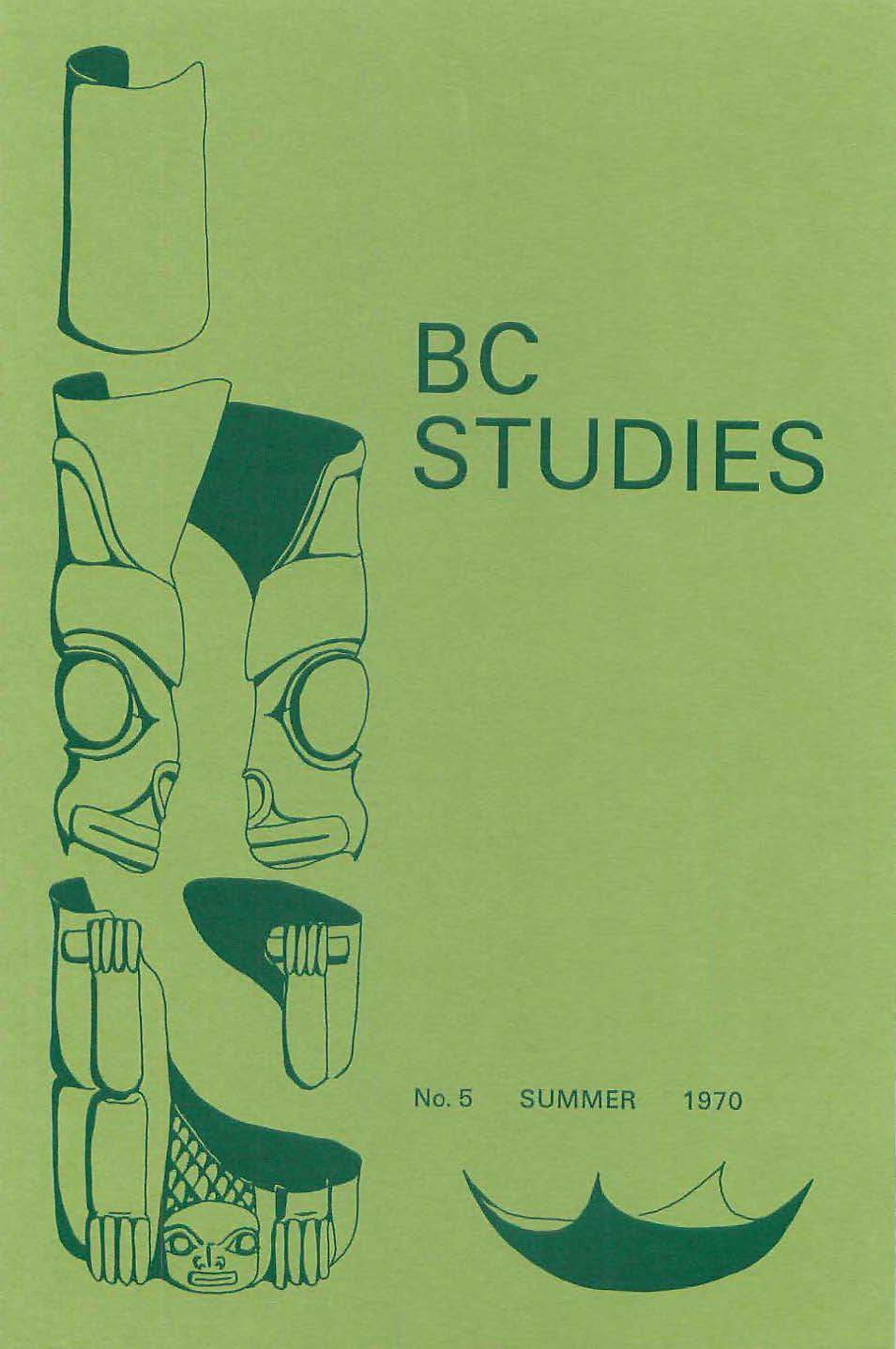 The Early Years of Ashcroft Manor

The Diary of Simon Fraser Tolmie

The Journals of William Fraser Tolmie, Physician and Fur Trader

Portraits of the Premiers

The Journals of William Fraser Tolmie, Physician and Fur Trader

Those Were the Days

Portraits of the Premiers

Politicians of a Pioneering Province

BC Studies no. 5 Summer 1970 | Bibliography of British Columbia

Thomas E. Appleton is the historian for the Marine Services branch of the Department of Transport in Ottawa, and is the author of Usque ad Mare.

Victor Hopwood is with the Department of English at the University of British Columbia and is a contributor to the Literary History of Canada and the editor of a new edition of David Thompson’s Travels.

Sydney Jackman is with the Department of History at the University of Victoria and is the author of Galloping Head and Portraits of the Premiers.

“The Early Years at Ashcroft Manor” is a revised version of the research paper for which Mr. Johnson won the Native Daughters of British Columbia Scholarship, awarded at the University of British Columbia. Mr. Johnson, born in Kamloops, was a graduate of the Vancouver Normal School and received his Bachelor of Education from U.B.C. in 1969. At the time of his tragic and premature death in December last, he was principal of Collettville Elementary School at Merritt.