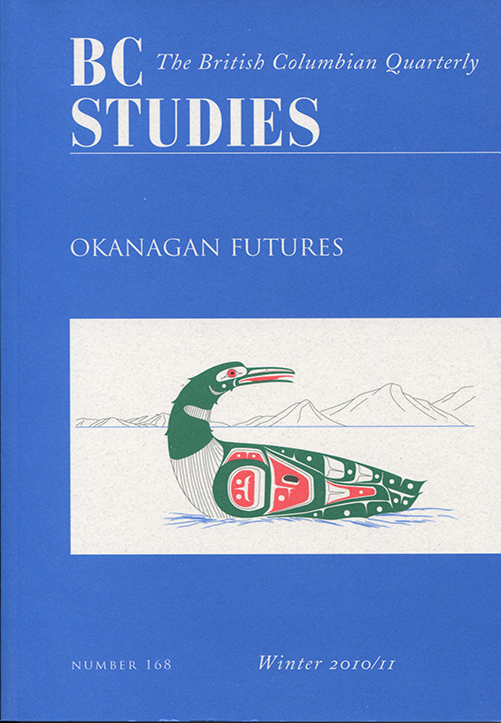 In hope of providing a forum for scholars resident in the Valley to reflect upon their home place, plans for this special issue were first circulated to those UBCO colleagues whose declared research interests suggested that they might be able to contribute to such an enterprise. Each of the three articles yielded by this process and featured in this issue happily (albeit perhaps somewhat fortuitously) speaks, rather directly, to the announced theme of the 2011 BC Studies conference: “Sustainability and Change: Studies in BC’s Past, Present and Future Communities.” Complemented by two additional articles, solicited directly by the editor of BC Studies, they offer a thought-provoking set of reflections upon present issues in and future challenges for the Okanagan region.

Commentary: After the Harvest: Towards a Sustainable Okanagan?

Parrying Water Conflicts in the Okanagan: The Potential of a Water Market

Repertoires of Racism: Reactions to Jamaicans in the Okanagan Valley 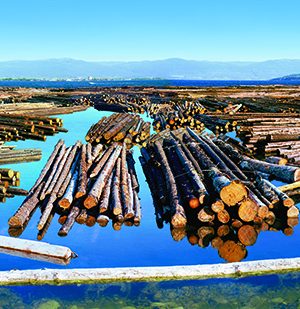 From Forested Hills to Paved Plateaus

On the Art of Being Canadian

Sherrill Grace’s On the Art of Being Canadian describes how Canadian painters, sculptors, actors, filmmakers, and writers, among others, have manifested their thoughts on Canadian identity in response to three distinct themes, which correspond to...

The onset of modern treaty negotiations in British Columbia, in 1993, was greeted with a good measure of optimism. The treaty process, it was hoped, would resolve the long-standing “Indian land question,” meeting both First...

Recently, historians have taken the “affective turn,” that is, they have begun paying particular attention to emotion and sensation. Jacob’s Prayer, which documents the relationships between hopeful young teachers in 1970s British Columbia and Esket,...

Judith Ostrowitz skilfully investigates the complex and innovative strategies used by First Nations artists since the 1950s to engage with museum, art gallery, restoration, and tourist initiatives. She shows how various individuals and groups...

The Collector: David Douglas and the Natural History of the Northwest

The Horticultural Society of London demanded that David Douglas (1799-1834), their employee and North American plant hunter, keep a meticulous journal of his travels. Certainly a better field naturalist than author, Douglas refused to let...

All that We Say Is Ours: Guiyaaw and the Reawakening of the Haida Nation

Guujaaw and the Reawakening of the Haida Nation: All That We Say Is Ours is a human interest story around issues of Aboriginal title and rights. Ian Gill is an award-winning journalist, author, and the...

Discussion of land governance and land administration matters on Indian Act reserves in Canada has persisted for several decades. There is a general consensus that the lands have been poorly managed by a federal department...

Luis L.M. Aguiar is an Associate Professor in Sociology in the Barber School of Arts & Sciences at the University of British Columbia. He is co-editor of the book The Dirty Work of Neoliberalism: Cleaners in the Global Economy (with Andrew Herod, Blackwell, 2006) and will co-edit (with Dan Keyes and Lawrence Berg) White Fantasies in the Hinterland of BC to be published by UBC Press in 2011. His most recent work explores the changing economic base of the Okanagan Valley and the recruitment of new labour forces for farms, tourism and other service work in the post-industrial economy of the Valley. His research on Jamaicans and Mexican migrant workers into the valley is published in the book Interrogating the New Economy (eds. N .Pupo and M. Thomas) and other publications are forthcoming. Dr. Aguiar is a recipient of a SSHRC Standard Research Grant (2010-2013) award for a project on global unions and transnational labour organizing, especially as it applies to building cleaners.

Fern Helfand is Associate Professor in the Department of Critical Studies at UBC-Okanagan where she teaches photography and digital imaging. Much of Fern’s research and art production centres around observing and commenting on contemporary culture. She has also spent a great deal of time in Asia, researching and photographing, including a recent residency in Beijing, three years as Visiting Professor at the Universiti Sains Malaysia, in Penang, Malaysia and one year travelling in Southeast Asia. Helfand has exhibited her work across Canada and internationally in such places as the Photography Gallery, Harbourfront, Toronto; The National Art Gallery of Malaysia, Kuala Lumpur, Malaysia; Penang State Art Gallery and Museum, Penang, Malaysia; Casa de las Americas, Havana, Cuba; Windsor Art Gallery, Windsor, Ontario; MacIntosh Gallery, University of Western Ontario, London, Ontario and at the Annual Festival of Photography in Kaunas, Lithuania.

Melody Hessing is a sociologist with a long-standing interest in the natural world. She taught at Okanagan College in the late 1970s, and has since taught at UBC, SFU, Douglas College and other BC postsecondary institutions. In addition to many academic publications on sustainability and the environment, she has written Canadian Natural Resource and Environmental Policy: Political Economy and Public Policy (with Michael Howlett and Tracy Summerville) and This Elusive Land: Women and the Canadian Environment (co-edited with Rebecca Raglon and Cate Sandilands). Her recent creative writing includes Up Chute Creek: An Okanagan Idyll (2009), and Sanctuary, winner of the 2010 non-fiction contest in the UBCO journal, Lake. She is a Research Associate at the Center for Women’s and Gender Studies at UBC and teaches sessionally in the Sociology Department. Johannus (John) Janmaat is an Associate Professor of economics at the Okanagan campus of the University of British Columbia. Dr. Janmaat has been studying the economics of water issues for the past decade, with recent publications in Resource and Energy Economics and the Canadian Journal of Agricultural Economics.

Ann McKinnon is Chair of Sociology, Women’s Studies and Social Work at Okanagan College (Kelowna, BC) and is a Research Associate with the Centre for Women’s and Gender Relations (UBC Vancouver). Ann’s areas of research are eco-feminism and psychoanalytic, literary and film theories. In 2008 she published “Even Mud has the Illusion of Depth: A Mcluhanesque Reading of Sarah Palin.” Flow TV. Department of Radio, Television and Film. University of Texas at Austin.

Dixon Sookraj is an Associate Professor in the School of Social Work, UBC-Okanagan. He teaches in the areas of Research, Community Development, Family and Child Welfare Policy, and Law and Social Policy. His research has focused primarily on social policies, programs and services affecting marginalized populations. In addition to the present study with Jamaican workers, he is conducting research on the cultural appropriateness of Aboriginal child and family welfare services, and is examining the need for research on the legal implications of academic bullying and abuse of power when racialized faculty members are the targets.