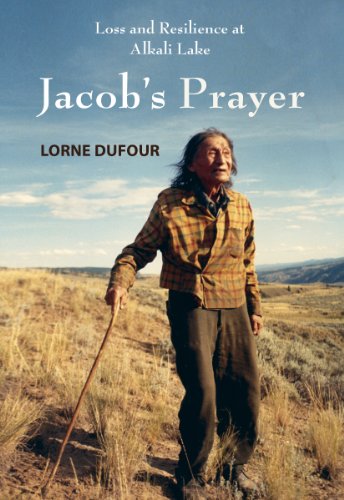 Recently, historians have taken the “affective turn,” that is, they have begun paying particular attention to emotion and sensation. Jacob’s Prayer, which documents the relationships between hopeful young teachers in 1970s British Columbia and Esket, the Secwepemc community they inhabited for a time, is redolent with feelings. Lorne Dufour’s ability to capture the hopes, the feelings of belonging, the grief and sense of loss at Esket takes us into the heart of an encounter between a community just beginning to heal itself and two young men who hoped to help that process along.

The story begins and ends with the night of 31 October 1975, when Alkali Lake rancher Martin von Reidemann and schoolteacher John Rathjen lost their lives in the frigid waters of Alkali Lake. That night, von Reidemann rowed out onto the lake to stage a fireworks display. It was an act of reconciliation, to recognize the importance of Esket cowboys in running his ranch. Dufour had hoped for more: he wanted to see von Reidemann turn the ranch over to the Esket people. When a sudden wind came up and von Reidemann’s boat overturned, Rathjen and Dufour plunged into Alkali Lake to save him. Only Dufour survived the frigid waters, revived by Jacob Roper, whose own daughter, Rosemarie, had died of hypothermia eight years earlier following a violent sexual assault. For Dufour, Roper’s actions demonstrated reconciliation and healing. Indeed the whole book, comprised of short narratives, poetry, and photographs, teeters on the knife-edge of hope and grief. Dufour and Rathjen represent a generation of young people who worked for social change through education and the rejection of modernity. Dufour thought he had found a home in Esket, with its vibrant horse culture, its emerging sobriety movement, its reimmersion in Secwepemc language and culture. Dufour’s photos from that time, mainly of the schoolchildren on field trips and in the classroom, are captivating, exuding optimism and energy. But the narrative is replete with death, and not just the deaths of Rosemarie and Rathjen, which haunt its pages. Acknowledgments at the end offer a postscript that reveals how many of the children in Dufour’s photos died senseless premature deaths. Yet the afterword, by University of Northern British Columbia student Ivy Chelsea remembering Rathjen as a teacher, shows the long reach of a gifted educator. Jacob’s Prayer captures the feelings of a time when radical change seemed possible: grief and hope remain entwined so long as that dream stays unfulfilled.