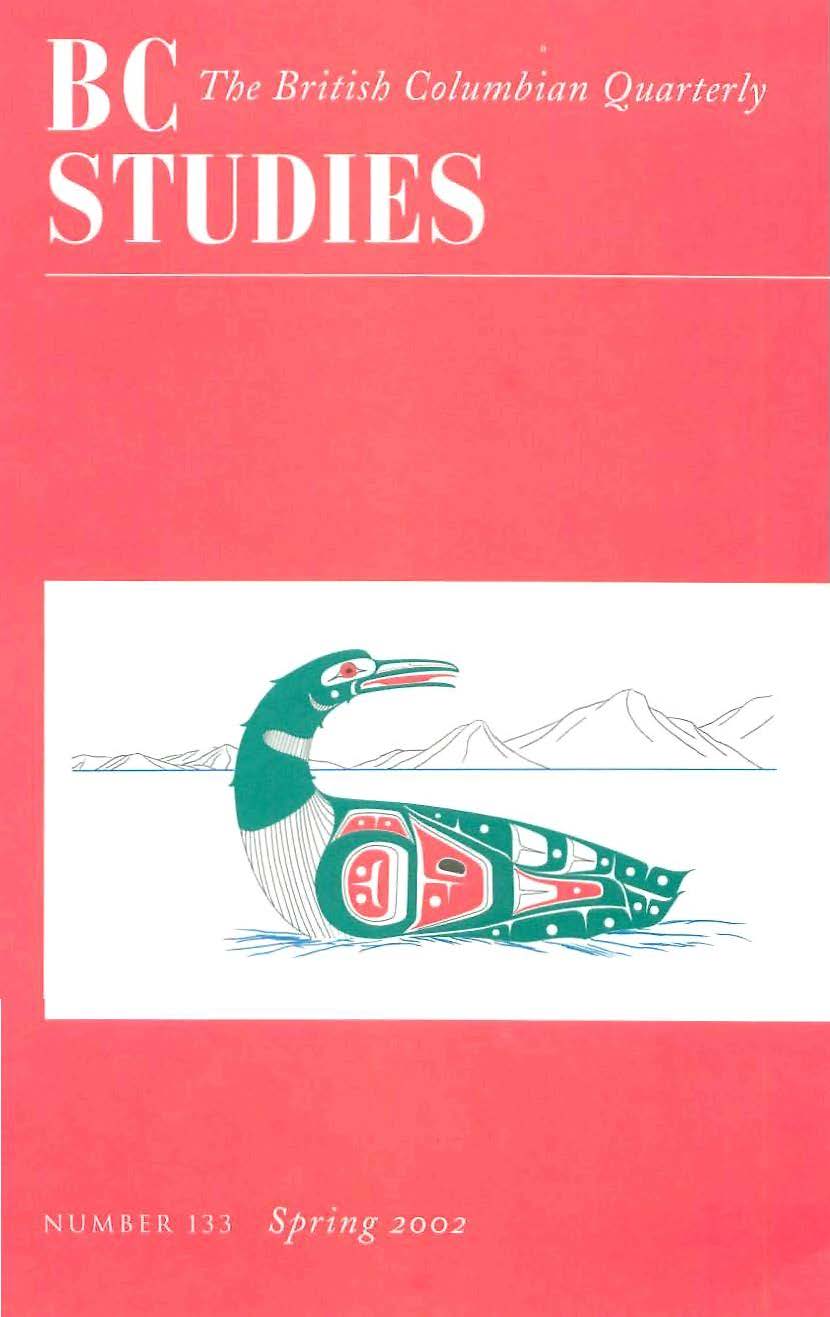 A Place Called Pennask: Fly-Fishing and Colonialism at a British Columbia Lake

The Canadian “West” as a Public Policy Space? Public Policies in Western Canadian Provinces from a National and Cross-National Perspective

Our Performance Careless of Praise: Loss, Recollection, and the Production of Space in Walhachin, British Columbia

Flying into the Past

Station Normal: The Power of the Stave River

Labouring the Canadian Millennium: Writings on Work and Workers, History and Historiography

The Illustrated History of British Columbia

Noble, Wretched, and Redeemable: Protestant Missionaries to the Indians in Canada and the United States, 1820-1900

Captain Cooks World: Maps of the Life and Voyages of James Cook R.N.

At Home Afloat: Women on the Waters of the Pacific Northwest

No Plaster Saint: The Life of Mildred Osterhout Fahrni

The Laughing One: A Journey to Emily Carr

BC Studies no. 133 Spring 2002 | Bibliography of British Columbia

Patricia Badir is an Associate Professor of English at the University of British Columbia. Her articles on Medieval and Renaissance drama have appeared in The Journal of Medieval and Early Modern Studies, Theatre Journal, and Theatre Survey and Exemplaria. She has also published on Canadian theatre.

Arlene Bastion received her PhD degree at the University of British Columbia and teaches in the School of Computer Engineering in Singapore.

Gerard W. Boychuk is an Assistant Professor in the Department of Political Science, University of Waterloo. Recent publications include “Public Health Care Provision in the Canadian Provinces and American States” Canadian Public Administration (Summer 2002), and, with Keith G. Banting, “Converging and Diverging Paradoxes: National and Sub-National Variation in Income Maintenance Programs in Canada and the United States,” in Richard G. Harris, ed., North American Linkages: Opportunities and Challenges for Canada (2002).

Robert A.J. McDonald, who is incoming editor of , teaches in the History Department at the University of British Columbia and is the author of Making Vancouver: Class, Status, and Social Boundaries, 1863-1913 (1996). He is currently researching aspects of British Columbia’s political culture.

Nancy Pagh, who was born in Anacortes, WA, received her PhD in interdisciplinary studies at the University of British Columbia. She teaches at Western Washington University in Bellingham, WA, and is the author of At Home Afloat: Women on the Waters of the Pacific Northwest (2000).

J. Michael Thoms is a doctoral candidate in the Department of History, ubc, where he is completing a dissertation on the history of sport fishers’ challenges to Ojibwa treaty fishing rights in the Great Lakes. He published, “An Ojibwa Community, American Sportsmen, and the Ontario Government in the Early Management of the Nipigon River Fishery,” in Dianne Newell and Rosemary E. Ommer (eds.), Fishing Places, Fishing People: Traditions and Issues in Canadian Small-Scale Fisheries (University of Toronto Press, 1999).

Jonathan F. Vance is Canada Research Chair in Conflict and Culture at the University of Western Ontario. He is the author of Death So Noble: Memory, Meaning, and the First World War (UBC Press, 1997). His next book, High Flight: Aviation and the Canadian Imagination, is forthcoming from Penguin