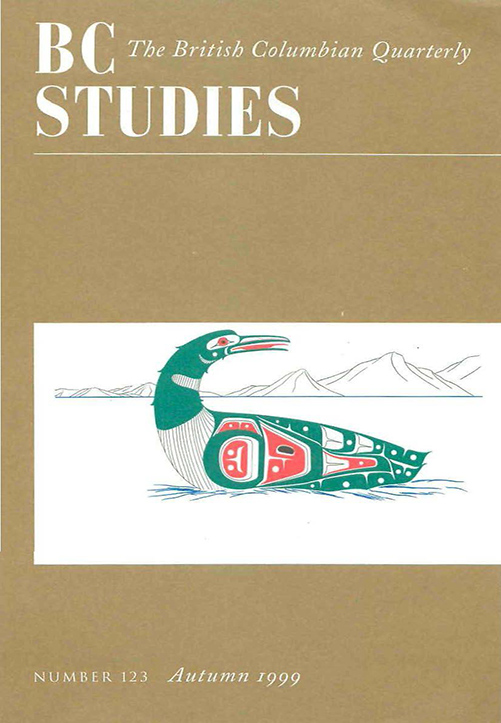 What the Horse Has Done For Us

Hamatsa: The Enigma of Cannibalism on the Pacific Northwest Coast

The Name of War: King Philip’s War and the Origins of American Identity

The True Spirit and Original Intent of Treaty 7

On the North Trail: The Treaty 8 Diary of O.C. Edwards

Researching the Indian Land Question in BC: An Introduction to Research Strategies and Archival Research for Band Researchers

A Story as Sharp as a Knife: The Classical Haida Mythtellers and Their World

You Are Asked to Witness: The Sto:lo in Canada’s Pacific Coast History

Beyond the City Limits: Rural History in British Columbia

Growing Up: Childhood in English Canada from the Great War to the Age of Television

Heart of the Raincoast: A Life Story

BC Studies no. 123 Autumn 1999 | Bibliography of British Columbia

Roderick J. Barman, an expert on the history of Brazil, teaches Latin American history at the University of British Columbia. He has applied his knowledge of packing in Brazil to the Pacific Northwest and will shortly publish “Packing in British Columbia: Transport on a Resource Frontier” in the Journal of Transport History.

Charlene Porsild is a native of the Yukon and a former Fulbright Scholar. She teaches history at the University of Nebraska in Lincoln where she also edits the Great Plains Quarterly. Her book, Gamblers and Dreamers: Women, Men, and Community in the Klondike(Vancouver: UBC Press, 1998) won the W. Turrentine Jackson Prize of the Western History Association and the Clio Award from the Canadian Historical Association in 1999.

Arthur J. Ray, a Professor of History at the University of British Columbia, teaches and does research in the area of First Nations economic history and has been involved as an expert witness in numerous Aboriginal and treaty rights cases across Canada. He is the author of I Have Lived Here Since the World Began: An Illustrated History of Canada’s Native People (Toronto: Key Porter & Lester, 1996).

Laurie Ricou is the Poetry Editor of BC Studies. A Professor of English Literature, he teaches Pacific Northwest and British Columbia writing at the University of British Columbia.

Peter Trower was a logger for twenty-two years before he turned to writing poetry and fiction. He divides his time between Gibsons and North Vancouver. His book of poetry, Chainsaws in the Cathedral, has just been published by Ecstasis Editions and his third novel is due soon from Harbour Publishing.

Tom Wayman’s most recent book of poems is The Colours of the Forest, (Madeira Park: Harbour, 1999). He currently teaches writing at Douglas College and Kwantlen University College .