The Great Bear Sea: Exploring the Marine Life of a Pacific Paradise

By Ian McAllister and Nicholas Read

The Salmon Bears: Giants of the Great Bear Rainforest

By Ian McAllister and Nicholas Read 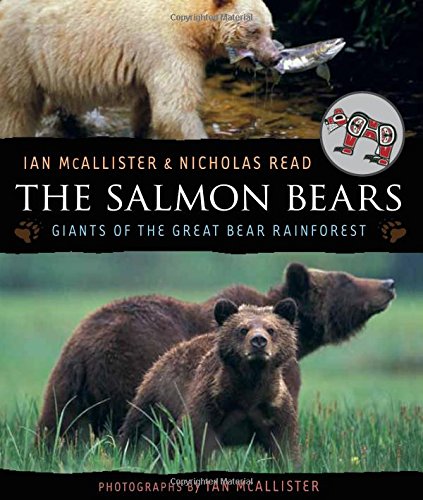 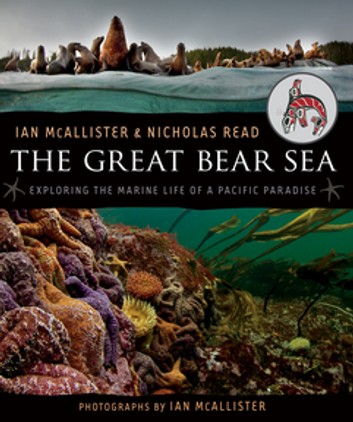 The Great Bear Rainforest, a region also known as the central and north coast of British Columbia, has garnered international attention over the last few decades for its global ecological significance and its cultural richness. Almost everything written about this region tells us about its majesty and that it is the last intact rainforest left in the world. Attention has also been given to what threatens the people and creatures who call this magical place home: the risk of an oil spill from super tankers, unsustainable logging practices, fish farms, conflicts over fishing rights, and climate change, to name a few. Importantly, the traditional territories of several First Nations span this region, and they continue to challenge the provincial and federal governments for more decision-making authority over their lands and water. I have had the pleasure of living in Bella Bella for over a year and have experienced first hand its vibrant people and strong sense of place. There is certainly much to learn and love about this place, and both The Great Bear Sea and The Salmon Bears provide an accessible and imagery-rich depiction of who inhabits this region and in doing so, explain why it is worthy of this attention and protection.

Both books are well written and organized, divided into short but rich chapters describing an aspect of the ecology through various themes pertaining to marine, aquatic, and terrestrial life. In both books, McAllister and Read cleverly provide “Maritime Morsels” and “Just the Bear Facts” sections on almost every page to impart additional information to the reader. Each page contains captivating imagery supplied by Ian McAllister’s world-famous photography and straightforward explanations that reach a broad audience. Plain language and accessible comparisons – “as tall as thirty-story buildings” – are used to make facts understandable and memorable. As such, both books are excellent educational material for school children. (I know they are favourites amongst students and staff at the Community School in Bella Bella.)

In The Salmon Bears, McAllister and Read use the four seasons to take the reader on a journey through the life stages of grizzly bears, American black bears, and spirit bears. The journey begins with setting the scene of the Great Bear Rainforest, describing what you see and smell if you are lucky enough to visit. There is a short section describing the First Nations who have lived in this region since time immemorial. Several Indigenous people from this region will tell you they are deeply connected to the sea and land upon which they depend for their way of life. The reader then learns about what each season brings for each type of bear – den making, mating, foraging, and, as the title suggests, hunting for the salmon that are so important for the survival of each bear. The story aptly concludes with a chapter highlighting the political agreements that have been made between the British Columbia government and First Nations governments to protect 30 percent of the land base. This chapter also ends with an advocacy tone, first explaining what is at stake if this region is not protected and then encouraging readers to continue to put pressure on people in power to ensure the long-term protection of this unique place.

The Great Bear Sea focuses on how life at sea and life on land are inextricably linked. The Great Bear Sea digs deeper and explains the importance not just of the “mega fauna” of the oceans and intertidal areas – the whales, wolves and bears – but also of the smaller, sometimes minuscule “foundational” species such as plankton and herring, to all life in this region. Through nine chapters and a conclusion, the reader learns about sea otters, river otters, seals, dolphins, porpoises, salmon, sea stars, urchins, crabs, and even nudibranchs. Emphasis is placed on the integral role salmon plays to maintaining the health of the food webs that exist within the ocean and the forest. McAllister and Read also include historical information about many of the animals, putting their current existence in this area into perspective. For example, Chapter 5 explains the plight of the sea otter: “Between the 1700s and the early 1900s, the demand for their luxuriant fur almost wiped them out. Today, that same cuddly fur may be what saves them” (58). And just as The Salmon Bear ended with a call for long-term protection of this region, this book concludes by explaining the threat of tanker ships carrying oil and gas through the Great Bear Sea and the opposition to the then proposed Northern Gateway pipeline.

Since these books were published, much has happened in this well-known region. In September 2016 the Duke and Duchess of Cambridge visited Bella Bella, where they announced the induction of The Great Bear Rainforest into the Queen’s Commonwealth Canopy. This is an initiative to unite the forest conservation efforts of Commonwealth countries. Not even a month after this visit, a US-owned tugboat and fuel barge ran aground and leaked thousands of litres of diesel in the prime seafood harvesting areas of the Heiltsuk Nation. The devastating impacts of this diesel spill continue today. This is all to say there is never a dull moment in this part of the world, and books like The Salmon Bear and The Great Bear Sea play a crucial role in educating us all – youth and adult – about the importance of stewardship and empathy.