The Columbia River Treaty: A Primer

A River Captured: The Columbia River Treaty and Catastrophic Change 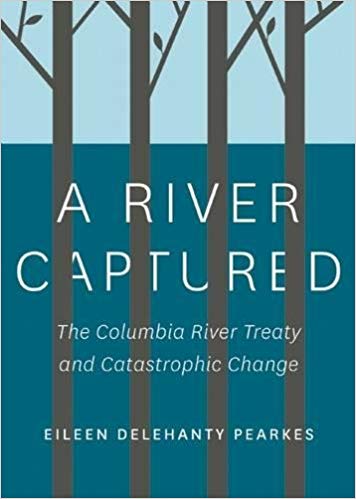 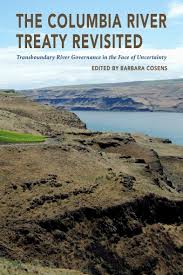 These are two little books about one big river and the agreement that remade it. By any measure, the Columbia River Treaty (CRT) was a transformative moment for the Pacific Northwest. Finalized by Canada and the United States in 1964, it ended flooding, generated billions in electricity revenue, reordered ecosystems, erased farms and settlements in British Columbia, and created new ones in Washington State and Oregon. Although few residents seem to realize it, the CRT has shaped their region for the past five decades, and it became eligible for renegotiation in 2014.

Hence the purpose of The Columbia River Treaty: A Primer. Headed by international water expert Robert Sandford, its authors aim to reveal the issues at stake under the CRT. They begin by explaining what prompted it. In May 1948, the lower Columbia River flooded, destroying the city of Vanport, Oregon. The disaster spurred the first serious discussions between US and Canadian officials to dam the upper Columbia.  Eager to fund other provincial development, Liberal BC Premier W.A.C. Bennett maneuvered Ottawa into an agreement that pivoted on the “Canadian Entitlement” – a series of payments from the United States for electricity and flood control. Bennett got the cash he wanted to dam the Peace River, but this meant the Upper Columbia would be harnessed largely for US purposes.

As the authors rightly note, the CRT came at the height of mid-century hubris. Engineers believed they could harness the Columbia, but they had little understanding of the role the river already played. The result was an ill-considered attempt to improve upon nature. “Because we did not have a full understanding of the riches we already had,” assert Sandford et al., “we took one of the greatest natural ecosystem powerhouses on the planet and shut it down to produce electricity” (66-67). The authors emphasize that negotiators took little account of First Nations on the upper Columbia, resulting in the erasure of culturally significant places and entire communities. Future negotiations, they argue, will have to address these human rights violations.

Sandford et al. make their most convincing case when they turn to environmental issues. Any revised treaty, they argue, must draw upon indigenous knowledge for ecological restoration as well as include greater flexibility to respond to climate change. Yet the authors rightly note that US and Canadian priorities will be far apart on this score. Concerned with irrigation and expanding the Columbia’s salmon runs, US officials will push for larger water releases from BC reservoirs during spring and summer, while their Canadian counterparts will want to maintain water levels to restore the riparian environment.

Despite these strengths, The Columbia River Treaty is limited as an historical text.  The authors pay little attention to the pre-1964 remaking of the Columbia River, particularly on the US side – a period treated by Richard White’s The Organic Machine (1995). They also fall short in telling the human story. While their primer discusses the impact of the CRT in general terms, it lacks the local voices to drive its arguments home.

Eileen Delehanty Pearkes fills that gap. Part history, part travelogue, A River Captured explores the natural and cultural landscape of the Columbia River borderlands, as they were before and as they are today. And while Sandford et al. acknowledge the regional benefits of the CRT, Pearkes presents a story of “catastrophic ecological and social change” (14). It is a superb read, blending historical context with moving interviews and personal asides. In the process, Pearkes’s offers plenty of episodes that will enrage readers. These include the 1956 Orders in Council that declared the Arrow Lake Indian Band extinct, thereby opening its land to appropriation and flooding. Also riveting are tales of Bennett’s maneuvering to secure short-term cash over long-term Canadian water sovereignty. As a result of his myopia, the United States got Libby Dam, while BC residents were stuck with unusable reservoirs and BC Hydro.

Pearkes does stumble on occasion. She claims the CRT reveals “universal truths about the North American settler culture” (16), but neglects to specify what those “truths” might be. She also seems determined to attribute the CRT to “corporate greed,” in sharp contrast to the story she is telling. After all, most of the displaced people she interviews are members of the “settler culture,” and the CRT itself was the product of government, not corporate, power. BC Hydro had the authority to force farmers out because it was a Crown corporation. In this sense, the CRT is less an example of corporate greed than a familiar tale of high Cold War statism run amok.

Pearkes also commits a number of factual errors. She claims, for example, that Eisenhower failed to win re-election in 1960 (he didn’t run) and that Gerald Ford was the US president in 1973 (still Nixon). Yet these missteps don’t detract from her narrative. Pearkes paints a vivid, heartbreaking picture of lives and landscapes disrupted, and her account of the displacement of the Spicer family is alone worth the price of purchase.

Both of these books are published by Rocky Mountain Books, and they make a superb pairing. Suited to a wide range of undergraduate courses, they represent engaged scholarship at its best. And considering Justin Trudeau’s recent announcement that he is willing to renegotiate the CRT, they should be required reading for all residents of the Pacific Northwest.