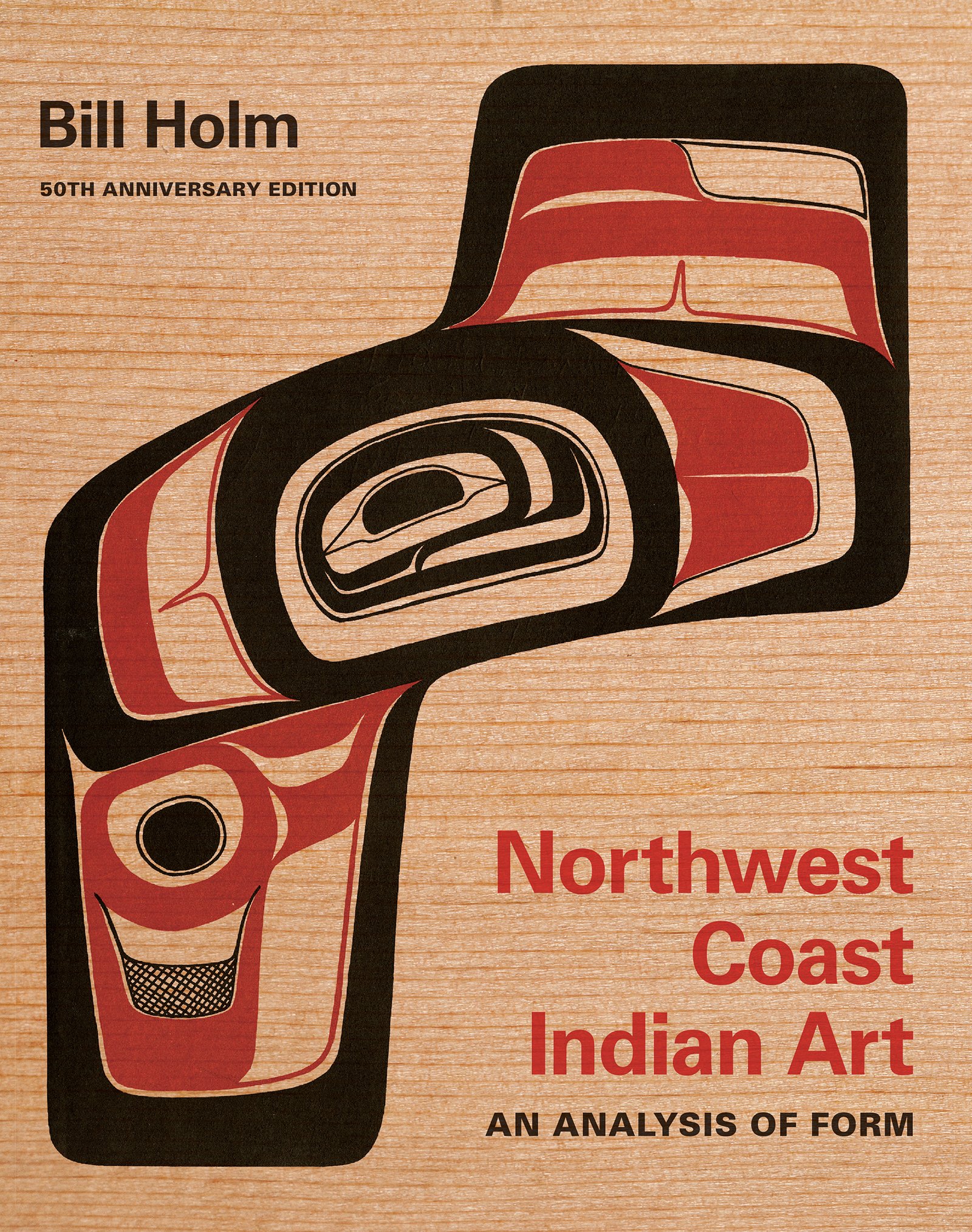 One of the primary legacies of Holm’s book is the “formline” vocabulary he developed in order to describe the complex formal system that characterizes northern Northwest Coast style, providing a terminology that many continue to use to this day. This legacy is well known and has been commented on many times over the course of the half-century since the book’s publication. What is most significant about this 50th anniversary edition is the addition of four essays by renowned Northwest Coast artists who were asked to comment on the book’s influence on the understanding and practice of their art. First, Haida artist Evelyn Vanderhoop recounts the important role the book and its author played in her journey to become an expert naaxiin robe weaver. Next, Nuu-chah-nulth artist Joe David writes how, over the years, he came to treat the book “as a place to visit rather than as a reference” (xviii), while Tlingit artist Nathan Jackson explains that he used the book to learn the principles of Northwest Coast design, and continues to use it as a teaching resource for his apprentices. In the fourth and final essay, Haida artist Robert Davidson praises Holm for “unravel[ing] the secrets of Northwest Coast art” (xx) with his impressive drawings and thorough scholarship. In addition to these four short texts, the readers are treated to a foreword by Burke Museum curators Robin K. Wright and Kathryn Bunn-Marcuse (colleagues and students of Holm’s), as well as a new preface by Holm in which he explains he had never anticipated the uses artists were going to make of what began as a modest university assignment.

Those who have already been building on Holm’s work in their studies and creative processes will likely find great pleasure and interest in consulting this revamped 2015 edition, especially given its new design and numerous coloured illustrations. Those who criticized the book for having too strict a focus on form or for lacking in contextual information may find that the four artist essays described above will encourage them to consult the numerous other available works on Northwest Coast art, especially those written from an Indigenous perspective, of which there are now many more published examples than there were in 1965.