Museums and the Past: Constructing Historical Consciousness 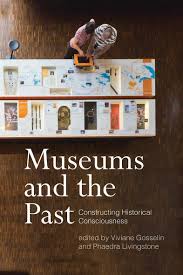 Museums and the Past opens with a statement that “‘museums’ and ‘historical consciousness’ dovetail almost intuitively” (3). I don’t think they do, and this book does not convince me. The editors offer a couple of simple definitions of historical consciousness that suggest they mean reference to the past. And with notable exceptions, the chapters in the collection do not discuss the past as more than a point of reference. There is little in the collection about the process of history, about how people live with historical knowledge, or about distinctions to be drawn between different kinds of understandings of the past. Memory, which is sometimes thrown out as synonymous with history and sometimes distinct from historical consciousness, is not problematized to any sustained degree. Instead, this book is primarily about present-day museum practices. And yet, if one ignores the pretense of discussing historical consciousness, this is a wonderful collection of articles about museums. In this context, Museums and the Past makes a valuable contribution to Canadian museum studies.

The overarching principle in the collection might be re-identified as “engagement.” As Susan Ashley suggests, engagement is often an under-defined term (23), and she seeks to problematize it through the Royal Ontario Museum’s Dead Sea Scrolls exhibit of 2009. Although the ROM had planned an intercultural agenda for community involvement in the exhibit, the most powerful engagement in this instance emerged externally from groups like Canadians for Justice and Peace in the Middle East and the Palestinian Authority, who were highly critical of the museum’s approach to the exhibit. Once again in the history of Canadian museums, public engagement revealed itself to be highly politicized.

Readers of BC Studies will be most interested in Jill Baird and Damara Jacobs-Morris’s chapter on the “Voices of the Canoe” website of UBC’s Museum of Anthropology. This chapter explores the engagement between museum workers and different Pacific cultures in an effort to build reciprocal trust about how the museum depicts the artifacts held in its collections. Although much of this book is not explicitly about British Columbia, many of its chapters offer different perspectives on navigating similar issues. For example, Lon Dubinsky and Del Muise also discuss the centrality of trust for successful engagement between museums and communities. Engagement in another sense is what Brenda Trofanenko calls “public pedagogy.” In an example that does address historical consciousness to a degree, she uses Halifax’s Pier 21 to explore how museums might foster critical engagement with the histories they present. And Laurajane Smith discusses how visitor engagement is measured. Even Lynne McTavish’s personal encounter with the quirky Torrington Gopher Hole Museum in Alberta draws out the theme of engagement. As McTavish describes it, the Torrington museum is a one-room set of stuffed-gopher dioramas reminiscent of Steve Carell’s stuffed-mice dioramas in the 2010 film Dinner for Schmucks. These homespun dioramas reveal a degree of engagement with present-day contexts, including PETA’s criticism of the museum itself, even if, as McTavish acknowledges, the dioramas are only clever winks at history.

Recast in this manner, this is a highly enjoyable collection. Despite my concerns about the misdirection of historical consciousness, it remains a strong collection of articles. The chapters are well organized and engage with one another as well as they do with engagement itself. It is a valuable collection that is worth putting to use.