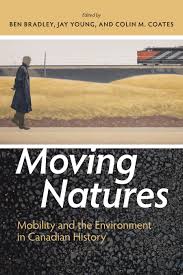 When the Kicking Horse Trail opened in 1927, connecting Banff to Golden by route of Lake Louise, parks visitors were presented with a scenic highway system unsurpassed elsewhere in the nation. For a nation that had intimately felt the challenges of moving through such vast geography, constrained even further by the seasons, the highway was a feat of engineering that made it possible to connect with the stunning wilderness the parks had to offer. As the endlessly readable parks promoter Mabel Williams described the experience, “the great sweeping descents to the valley are like the cutting of a bird’s wings through the air…  And certainly to move with the swiftness and rhythm of a bird’s flight, now close to the valley, now high above it… is to know a new ecstasy of movement, to feel half delivered from our animal bondage to the solid earth.”[1] Mobility, it seemed, could be so much more than merely moving from one location to the next, it could be an experience.

But this brief example is only the edge of a world of movement. We do not simply drive, we walk, paddle, float, roll, steam, drag, and push our way through the world and in these experiences the physical environment and our perceptions of it are shaped. In their new book, Moving Natures: Mobility and Environment in Canadian History, environmental historians Ben Bradley, Jay Young and Colin M. Coates explore the complexities in the act of movement.

The recent progression of mobility studies has presented scholars with a range of perspectives on the impact of technological innovation in modern times, but in the enthusiasm for what is new, less focus has been given to older forms of movement. Furthermore, where mobility theorists have neglected history, Canadian historians have not missed the importance of transportation to the development of the nation; the work of Harold Innis comes quickly to mind. However, in these treatments of transportation what is lost is the environment within which this movement occurred. The land itself is often seen to be a static backdrop that, as the editors argue, “inspired and challenged the plans of human actors,” rather than a dynamic force in its own right (4). By bringing together insights from mobility studies and environmental history, the editors and contributors to this new collection aim to demonstrate the value and potential of considering movement in Canadian history.

The book’s twelve chapters explore a wide range of forms of mobility, from steamships to subways, offering a balance between land and water-based methods, as well as a diversity of temporal domains. While less balanced geographically, with the majority of chapters focused on Central and Eastern Canada, the book’s case studies do give a highly varied introduction to the diversity of movement in the country. This variety is well organized by the editors in their choice to divide the chapters into two broad sections. The first deals with the construction of mobility technologies and infrastructure, the environmental impact, and in many cases the use of these systems for further resource extraction. In the second section, the chapters focus on the leisured side of movement, both the pursuits that facilitated or gave rise to infrastructure but also movement as leisure.

Overall, Moving Natures presents an engaging and thought-provoking introduction to the potential of reimagining the interconnected roles of mobility and the environment in Canadian history. While readers of BC Studies will not find a great deal of new insight into the province specifically, with the notable exception of J.I. Little’s fresh look at the Union Steamship cruises, they will find much inspiration for new ways to look at the myriad of ways that we move through the world.