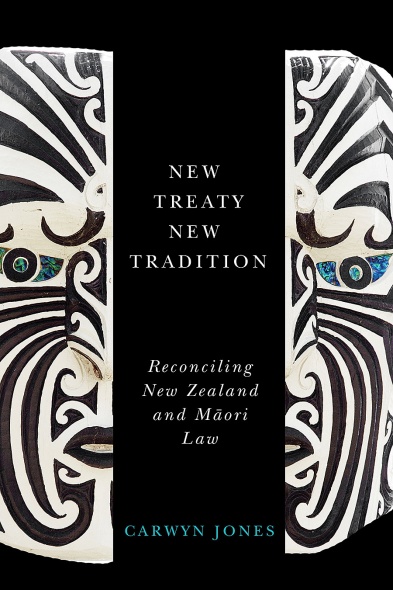 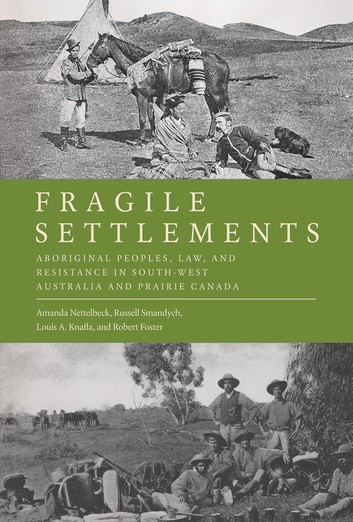 Neither book under review has an explicit connection with British Columbia. Nonetheless, both deal with subjects of great relevance to the province. In New Treaty New Tradition Jones addresses the complexities of the New Zealand treaty settlement process, which has many similarities to the modern BC treaty process. In Fragile Settlements the authors undertake an ambitious overview of the (imperfect) imposition of state jurisdiction over Indigenous peoples in parts of Australia and Canada, generating a variety of insights applicable to the BC experience. At first glance the two books do not appear to have much in common, but they grapple with two aspects of the same issue, namely the tensions between Indigenous and non-Indigenous legal systems, past and present. Nettelbeck et al. describe the growth of state law in settler colonies and resistance to it by Indigenous peoples, while Jones foregrounds the resurgence of Maori law and resulting pushback by the New Zealand state.

Jones is schooled in Maori legal traditions by virtue of his Ngāti Kahungunu and Te Aitanga-a-Māhaki descent, and in Canadian Aboriginal law through his time as a PhD student at the University of Victoria. Each chapter of the book begins with a story told to a Maori child by his father, illustrating an area of Maori law discussed in the body of the chapter. This is an explicit adoption of John Borrow’s powerful technique of using storytelling as a way to capture the essence of Indigenous legal systems. Jones explains the underpinnings of Maori legal theory and connects them to the theoretical work of Canadian legal scholars such as Borrows, Gordon Christie, Jeff Corntassel, Val Napoleon, James Tully, and Jeremy Webber. The first part of the book “lays out important historical, theoretical, and conceptual background to the analysis of Maori law” (22). Jones summarizes five central concepts of Maori law as follows: relationships, mana or authority, nurturing and stewardship, recognition of the spiritual dimension, and reciprocity (66-77). The second part “focuses on the treaty settlement process” (24), by which he means the implementation of agreements providing redress for past wrongs, the allocation of land, and the co-management of resources such as fisheries and forests. He warns that the present settlement process has had the unintended consequence of undermining Maori legal traditions and impeding the reconciliation of Maori law with the New Zealand legal system (30). This is in large measure because the government remains wedded to the attainment of certainty and finality, rather than accepting this process as “a new beginning” (156). His conclusion applies with equal force to the BC treaty process, which is additionally hobbled by the fact that First Nation legal traditions are not as yet adequately represented or taken into account in negotiations. Until this imbalance can be addressed, reconciliation is unlikely to occur.

Of the four co-authors of Fragile Settlements two are Australian academics and two are Canadian, which ensures well informed commentary on both regions under study. They state that “this book sets out to examine the legal and institutional processes that shaped efforts to assert sovereignty and secure jurisdiction over Indigenous peoples, to consider how they differed…and to ask to what degree they succeeded” (ix-x). They acknowledge that the Numbered Treaties (1 to7) blanketed the Canadian prairies, while no treaties were concluded in the territories of South and West Australia, but argue convincingly that useful comparisons can be made between the colonial experiences of the these disparate regions. Chapter 1 provides an overview of British Colonial policy in the first half of the nineteenth century. The next three chapters deal with aspects of colonial policing. Chapter 2 provides an overview of the development of colonial policing, Chapter 3 describes in detail the gradual application of policing to the Aboriginal populations of the two regions, and Chapter 4 is a thoughtful consideration of the role of “Native Police, Trackers, and Scouts.” Chapters 5, 6, and 7 consider the contributions of government officials (“Protectors of Aborigines” and “Indian Agents”), the court system, and the church to the project of bringing Indigenous communities under state control. Chapter 8 points out examples of Indigenous resistance to colonial authority, but does not attempt to outline the role played by Indigenous legal traditions in that struggle. Chapter 9 makes the case for the relevance of this history to the future of Indigenous/settler relations. All of these comparisons bring up a host of potential parallels and contrasts with events in BC, begging for the attention of scholars in this province.

Fragile Settlements reads like an edited collection of essays, resulting in a certain disjointedness, which could been offset by a more effective pulling together of its component parts. That cavil aside, the authors are to be commended for their courage in making a comparison across such a wide span of time and geography. In this undertaking they have succeeded, making a major contribution to trans-colonial studies. New Traditions is beautifully written in an engaging style, making complex Maori legal concepts accessible to Canadian scholars, students, and the general public. Readers will come away with an understanding not only of Maori legal traditions but also an appreciation of the principles informing Indigenous thinking in many jurisdictions, including BC.