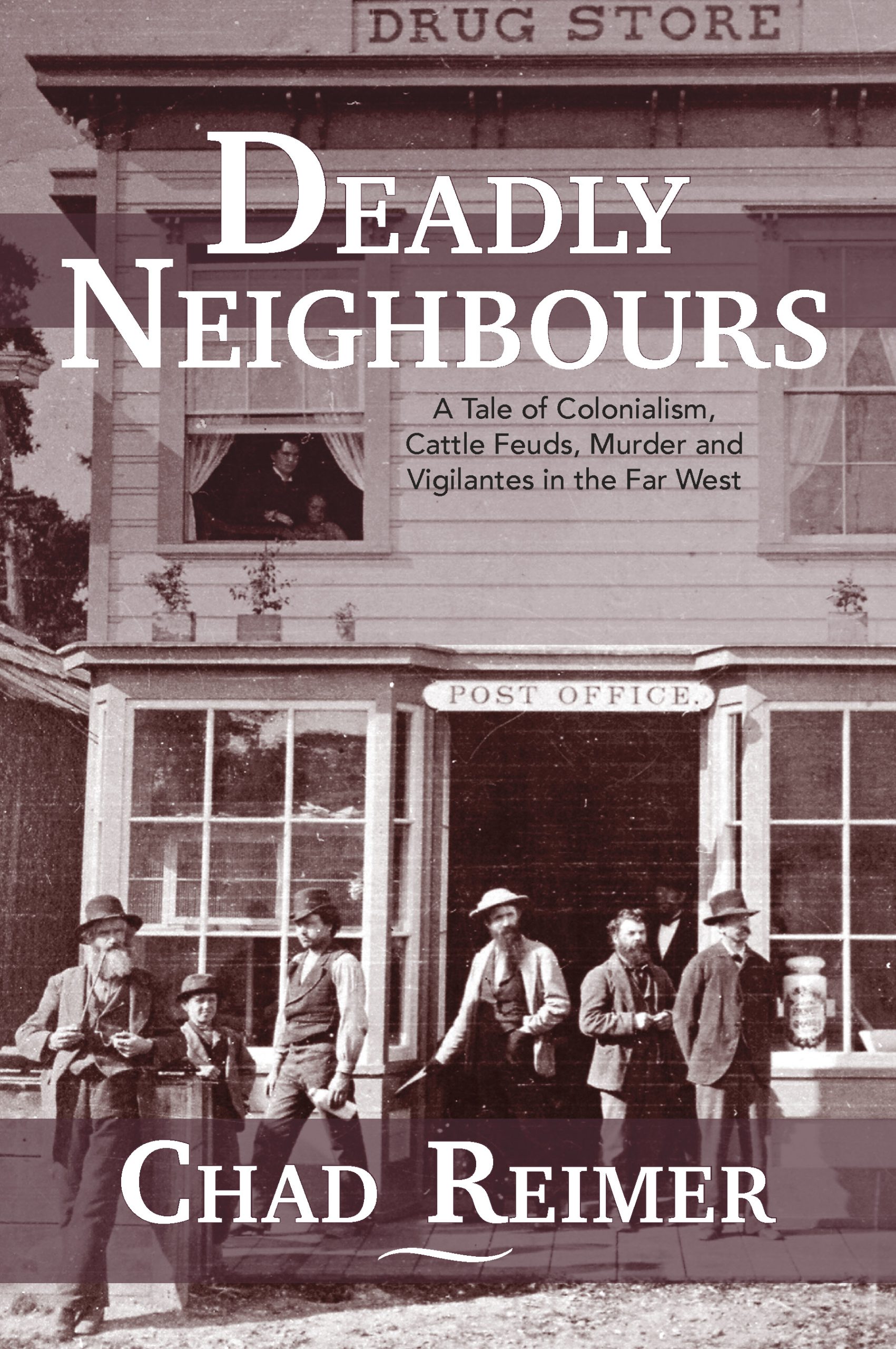 Deadly Neighbours: A Tale of Colonialism, Cattle Feuds, Murder and Vigilantes in the Far West

Deadly Neighbours opens a window into the relationship between immigrant settlers and the Sema:th (Sumas) and Sto:lo people residing in British Columbia’s Sumas Prairie and Nooksack Valley during the 1870s and 1880s.  Several conflicts are examined with a focus on the lynching of Louis Sam, a 15 year old Sema:th boy.  Extensive historical context surrounding this crime is included along with details about the long-term impact.

Enhancing the narrative is the author’s knowledge of the landscape, drawn from his previous study, Before We Lost the Lake:  A Natural and Human History of Sumas Valley, with its focus on the draining of Sumas Lake for farm land in the 1920s by settlers in Abbotsford.   The lake had been a vital resource for Indigenous people for centuries.  (Notably in 2021, three years after the publication of Reimer’s prescient account, Abbotsford was subject to devastating flooding and the lake “came back.”)  While Deadly Neighbours covers a shorter time frame, important stories emerge about settlers’ lives and tensions within their own communities and toward their Indigenous neighbours.  In both books, Reimer has chosen key incidents—the draining of a lake and the lynching of a young Indigenous man—to paint a larger picture of BC’s colonial past.

Louis Sam’s murder at the hands of vigilantes has been written about in several popular and academic writings.  See for instance, “The Lynching of Louis Sam,” by Keith Thor Carlson in BC Studies, No. 109, Spring 1996. Also note, Carlson wrote the Forward to Deadly Neighbours.  Reimer points to one other known lynching in Canada’s past, a questionable assertion inviting further investigation by Canadian historians.

Louis Sam was arrested and detained for trial in BC for the alleged murder of James Bell, a merchant on the American side of the border. A mob of about 70 Americans travelled across the border on February 24, 1884 and forced local authorities to release the young Indigenous man.  No effort was made to stop the kidnapping or the ensuing lynching on Canadian soil.  Nor were any of the men involved brought to justice.   The author’s evidence suggests people on both sides of the border were culpable.  The Washington State government acknowledged the historical injustice in 2006 but BC has yet to do so.

On the heels of the murder was an attempted lynching of Jimmy Poole, a young Indigenous man and friend of Louis Sam, accused without evidence as a horse thief.   Poole was kidnapped and later released after enduring an ordeal at the hands of a group of white men.  He lodged a complaint against eight of the white men involved, a courageous act given the racial prejudice he faced.  Eventually two of the accused went before a grand jury.  Indigenous witnesses for the prosecution were not deemed credible, the author observes and the resulting acquittal was “grimly predictable.” [195]

Court transcripts, legal documents and newspaper reports are among the primary sources for this study.  Significantly, Indigenous forms of justice are described and contrasted with the British-based Canadian legal system.  Members of pioneer families are investigated in a critical light, breaking from conventional histories portraying them as pillars of the community and suggesting they were impactful participants in the government’s colonizing aims.

A few glimpses into the lives of women are included but more about their roles and perspectives could be explored.   While archival photographs accompany the text, a few maps of the Sumas Valley would have been beneficial.  The author was remiss, it could be argued, for not acknowledging the account of the lynching of Louis Sam has yet to be told by an Indigenous author.

Deadly Neighbours is an important addition to the literature on settler-Indigenous  relations, written in accessible prose for a wide audience.  The author has mined a fascinating, often overlooked region of BC, employing an inclusive, critical and truth-seeking investigation into our collective past.