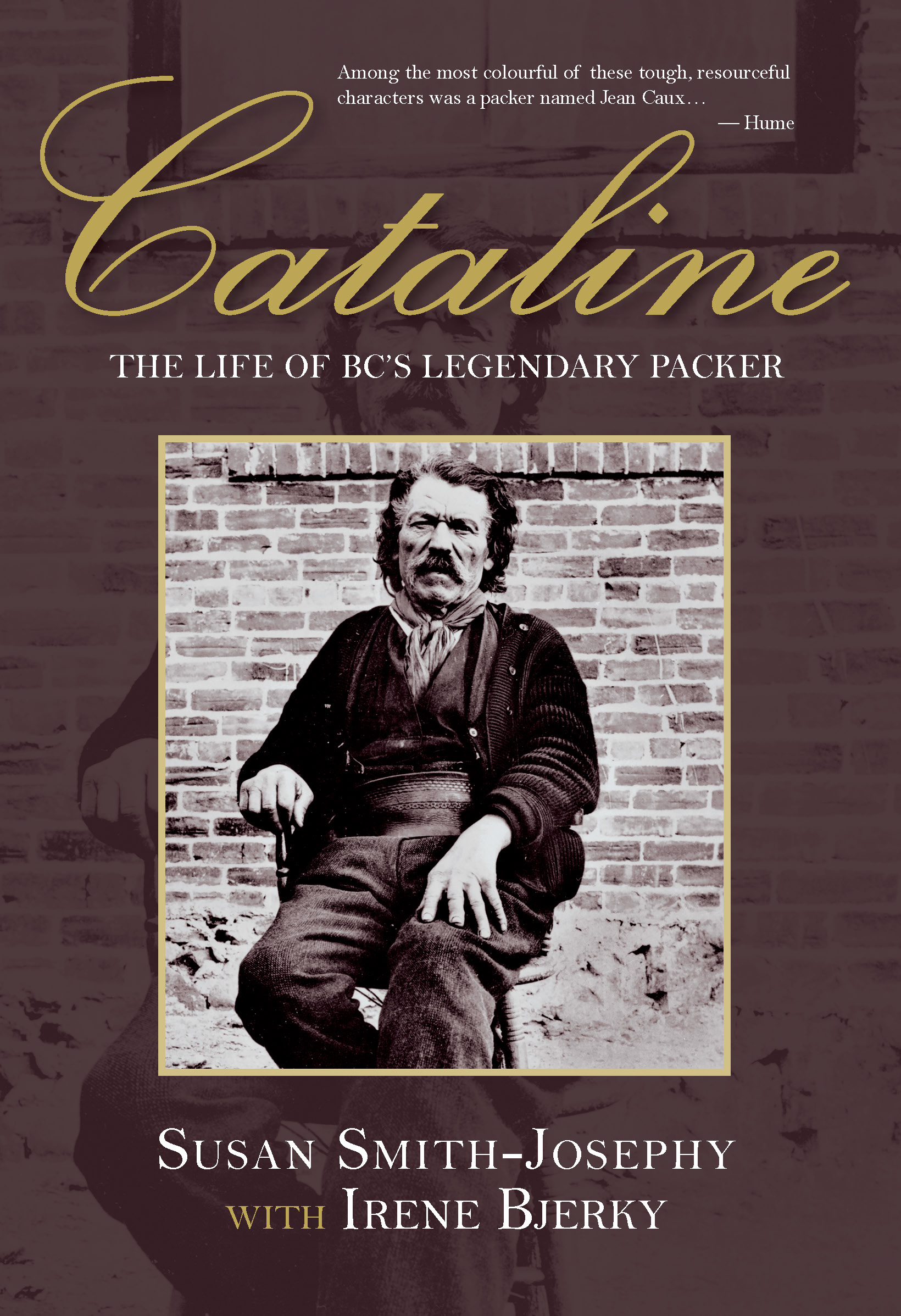 The early history of British Columbia is replete with enigmatic and unusual figures but few rival the man popularly known as Cataline. Anyone who has spent time exploring the history of the province will have caught at least a passing reference to Jean Caux; indeed, passing references to a man who spent fifty-four years packing in some of the most rugged BC terrain is about all that most researchers have been able to piece together. Despite playing a key role in everything from the Cariboo Gold Rush to the Yukon Telegraph Line, the Cataline in the historical record is like the Cataline of the past: appearing for short moments, leaving a profound impression, and then disappearing again. This is what makes Smith-Josephy and Bjerky’s work so impressive: the way that they have painstaking collected what we know of Cataline to piece together a story of a life interwoven with the early development of the province.

This relatively short book follows the chronology of Cataline’s life. It starts with Cataline’s likely childhood in the city today known as Oloron-Sainte-Marie in the Bearn region of Southern France, mere kilometers away from Basque country and the Spanish border. It was from here that Cataline and his brother traveled to New York in 1857, worked their way to California, and then north to British Columbia in 1858 where they were employed from the start as packers. Though Cataline’s brother would eventually return to France, Cataline would spend the next five decades packing supplies ranging from food to mining equipment to billiard tables into some of the most remote spots in the province before his death in Hazelton in 1922.

Men who do hard manual labor in remote areas, socialize with people of color, and are likely functionally illiterate rarely enter the historical record. It was Cataline’s character that made him stand out to his contemporaries. He famously spoke in a garbled pidgin language that few, if any, could fully understand. He was renowned for his physical toughness, his near-photographic memory, his odd personal routines, and his generosity. Beyond that, though, Cataline enjoyed an unparalleled reputation as a reliable and professional packer, earning him long-standing acclaim in an industry that saw frequent change and turnover. This is how Cataline has usually appeared in histories of British Columbia: a strange and romantic figure embodying the quirky toughness of the BC frontier, useful mainly for a few anecdotes to add character to any particular story.

Smith-Josephy and Bjerky’s Cataline certainly has amusing anecdotes and stories enough to entertain any reader but it is when they place Jean Caux in the context of his times that the book begins to reach its full potential. In Smith-Josephy and Bjerky’s hands, what is known about Cataline’s life begins to tell a larger story of the social interactions that animated day-to-day life in the remote corners of the colony and how technology and economic development gradually and unevenly transformed those relationships and the people of the province. In this way, it is easy to imagine undergraduate British Columbia history courses using passages from Cataline to enrich their understanding of the early history of the province while more general readers will find it an amusing and quick exploration of a long-neglected piece of BC history.