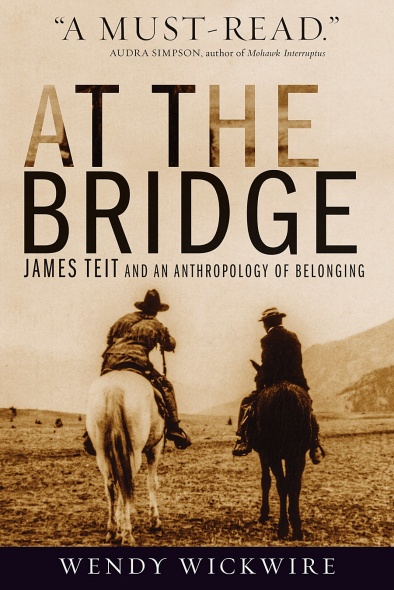 James Teit was an amazing community-based engaged anthropologist long before such labels were invented. Wendy Wickwire’s anthropological life story of Teit is a consummate account and indeed, as the top of page advertisement exhorts, it is “A must read.”  Wickwire weaves together personal biographical details of Teit, the political economy of his Shetland Island homelands and colonial British Columbia, ethnographic details of the Indigenous peoples Teit worked with and lived among, and a wider political analysis of both anthropology and Canadian political history. This is an accomplishment that shows the decades of work it took to amass the knowledge and understanding of the place and the person that resulted in this book.

Wickwire has produced an exemplary post-modernist life history – one that, had it been written in time, would have found a place in Marcus and Fisher’s Anthropology as Cultural Critique (1986).  Wickwire’s expertise as an anthropological ethnographer is clear in her treatment of Teit’s life and practice.  Rather than simply recounting life events, Wickwire shows us how “Teit’s story can be understood only in light of the push and pull of the forces of colonialism and dispossession” (2019:85).

This, though, is no simple biography. The reader is served the requisite biographical details: arrival in British Columbia (Wickwire 2019:29-58), origins in the Shetlands (Wickwire 2019:59-87), life and work as an anthropologist and activist (essentially all of the book).  But it is more than this.  This book is an intervention into the debates of anthropological history. It is a revisionist take on the canon. It is a political intervention into academic practice. It is a manifesto for a plain language community-based approach to scholarship.

We see this best in Wickwire’s explication of Teit’s invisibility in the anthropological canon. Often described as simply a research assistant by his contemporary anthropologists (and latter day commentators), Wickwire shows how very much more than mere assistant was Teit.  Some significant portion of the book is taken up with the detailed and nuanced approach to Indigenous life Teit practiced.  Wickwire doesn’t just tell us; we are guided though almost line-by-line. For example, in the chapter “Dwelling” Wickwire documents Teit’s careful and thorough work as opposed to the “white supremacist rhetoric” common in the prose of those such as Hill-Tout (2019:158).  Wickwire moves us through Teit’s Thompson Indians, which she describes as subtle and precise, holding value “as an endless source of insight and illumination” (2019:162).

On the subject of use and occupancy, consider: “Teit’s description of Nlaka’pamux occupancy as dependent on movement and moveable lodges spread across the full territorial base – touching that base sensitively, that is, through careful cultivation, selective harvesting, and managed forest fires – challenges the settler-colonial model of occupancy as a permanent and continuous presence in a discreet spot” (Wickwire 2019:164). This is an understanding years ahead of the field. It is what we as Indigenous researchers (and some of our allies) are now documenting. It varies place to place, but the underlying truth – that Teit was able to see—is that we dwell in our places in ways that are not tied to the individualist capitalist logic of fee simply alienable ownership.

Wickwire uses Teit’s disciplinary invisibility to critique both early 20th century anthropological practice and her contemporary anthropologists. Much of the discussion of Teit’s work and life is framed around the question of why is the formal discipline of anthropology so silent on his existence and work. This is framed as the outcome of an encounter between two very different scholars: “one urban, classically trained … the other a community-based intellectual and man of action” (Wickwire 2019:90). Wickwire goes further, describing the youth and childhood experiences of the two. Teit is described as having “spent his teens surrounded by extended family in a town-and-country setting populated by working-class and merchant families [while Boas] spent his teens largely in a city setting with his immediate family.”  These differences in origin and training become a means to contextualize the different life courses of these two settler scholars, one who accomplished great things and has been largely forgotten, the other who is presented as an uncomfortable fieldworker but who is remembered as the founder of the discipline. Underlying the invisibility of Teit to the discipline, it would be fair to infer, is a class bias that mirrored (and continues to mirror) the structure of academic production.

There is so much more one could say about this book and the man at the center of it. I would love to comment on Teit’s inherently anti-colonial socialism and consider the ways it contrasted with the more urbane abstract socialism and anti-racism of Boas. Or to parse out why Boas seems to take more heat than the white colonial apologists like local historian Susan Allison (celebrated by former Minister of Indian Affairs, Jim Prentice, in 2010. Wickwire 2019:156-157). Or to explore in more detail the ways in which Teit’s work could be read as an exemplar for understanding the wider political economy of colonial states like Canada and British Columbia. But this is a simple book review and one ought leave all the many details to a campfire, a classroom, or a long ride down the highway where one can engage in detail this amazing book and even more amazing man.

Wickwire’s account of Teit’s life, work, and significance is engaging, provocative and, as Audra Simpson is quoted as saying, “a must read.”