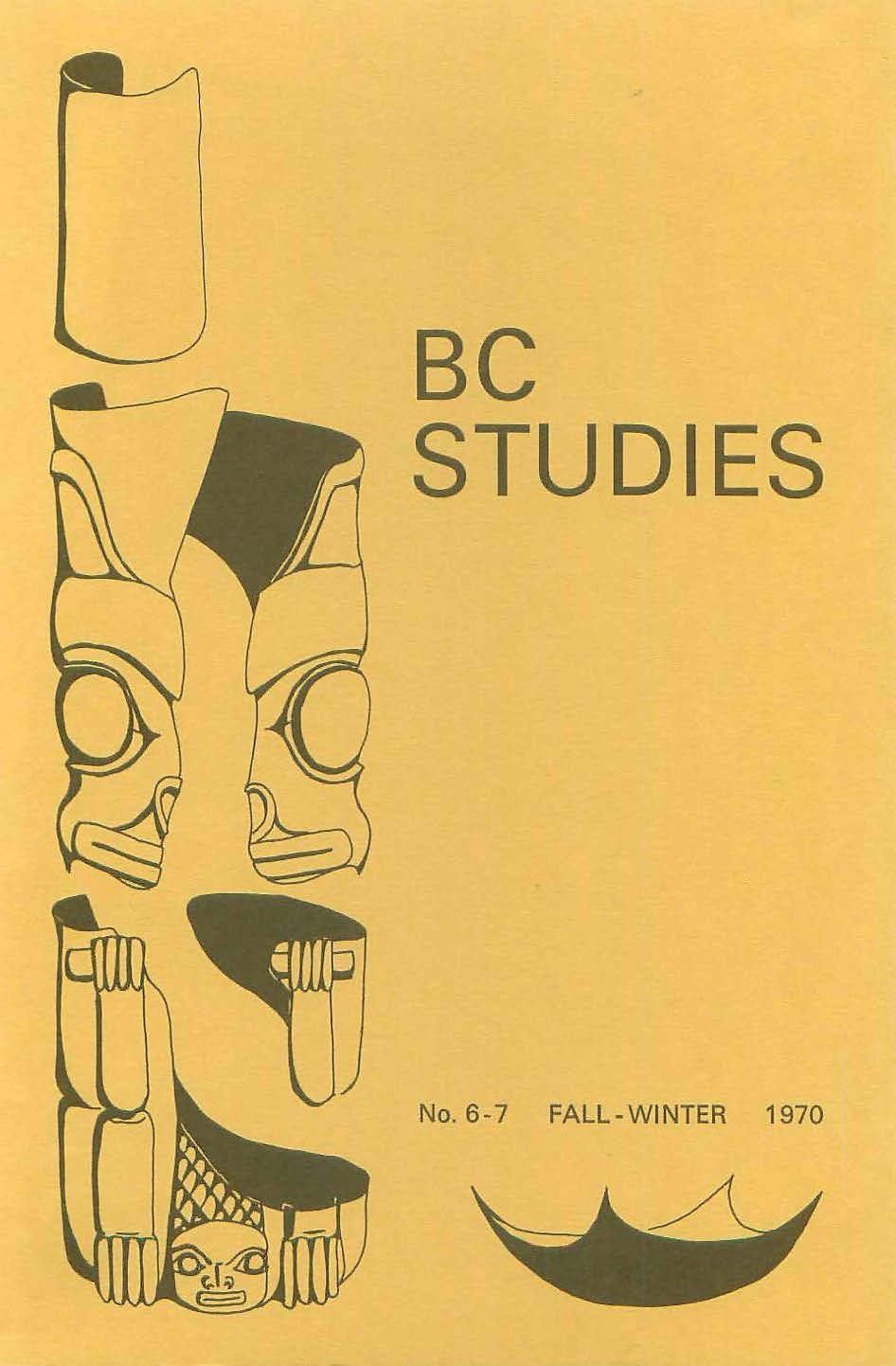 A Special Double Issue with articles by Philip Hobler and Roy Carlson.

Preliminary Report on the Archaeology of the Queen Charlotte Islands

Archaeology of the Lytton-Lillooet area

Cultural History of the Fraser-Delta Region: An Outline

Archaeological Survey and Excavations in the Vicinity of Bella Coola

BC Studies no. 6-7 Autumn 1970 | Bibliography of British Columbia

James W. Baker is an instructor in the Department of Social Sciences at Vancouver City College.

Charles E. Borden is Professor Emeritus of Archaeology at the University of British Columbia and has worked in the Archaeology of the province for over twenty years.

Gay Calvert at the time this article was written was Archaeologist with the Centennial Museum in Vancouver.

Roy L. Carlson is director of Archaeological Studies at Simon Fraser University. He has also excavated in North Africa and in other parts of North America.

Knut Fladmark is pursuing graduate studies in Archaeology at the University of Calgary.

Philip M. Hobler is an Assistant Professor in the department of Archaeological Studies at Simon Fraser University. He has excavated in the North American Plains and Southwest and in Egypt.