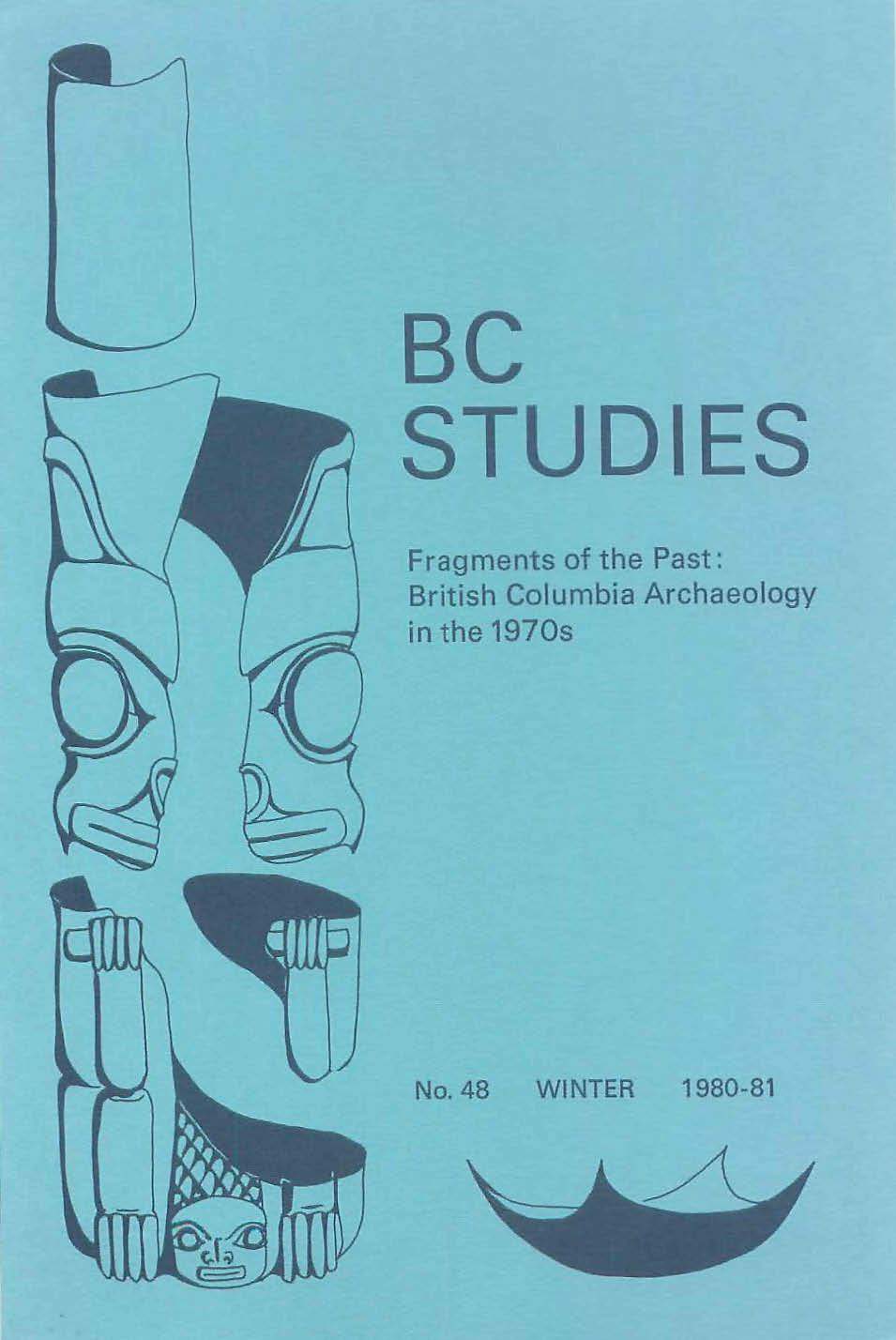 Fragments of the Past: British Columbia Archaeology in the 1970s, guest edited by Knut R. Fladmark, with articles by R. G. Matson and Wayne T. Choquette.

Prehistoric Subsistence Patterns in the Fraser Delta: The Evidence from the Glenrose Cannery Site

British Columbia Archaeology in the 1970’s

The Role of Lithic Raw Material Studies in Kootenay Archaeology

Knut R. Fladmark is an Associate Professor of archaeology at Simon Fraser University and has conducted archaeological research in several regions of British Columbia.

Richard I. Inglis is an archaeological researcher for the Archaeological Survey of Canada, Ottawa. He has been involved with Prince Rupert prehistory since 1968.

George F. MacDonald, at the time this article was written, was Chief of the Archaeological Survey of Canada, and is now Senior Archaeologist with the National Museum of Man, Ottawa. Dr. MacDonald has worked in many regions of Canada and has been involved in the North Coast Research Project since 1966.

R. G. Maison is an Associate Professor in the Department of Anthropology and Sociology at UBC. Dr. Matson has worked in the American Southwest and began research in B.C. in 1972.

Alan D. McMillan is a faculty member in anthropology at Douglas College, New Westminster. Mr. McMillan has worked in Nootkan prehistory since 1968.

Donald H. Mitchell is Professor of Anthropology at the University of Victoria. Dr. Mitchell has conducted archaeological research in several areas of B.C., but has concentrated his work, since 1965, in the Strait of Georgia region.