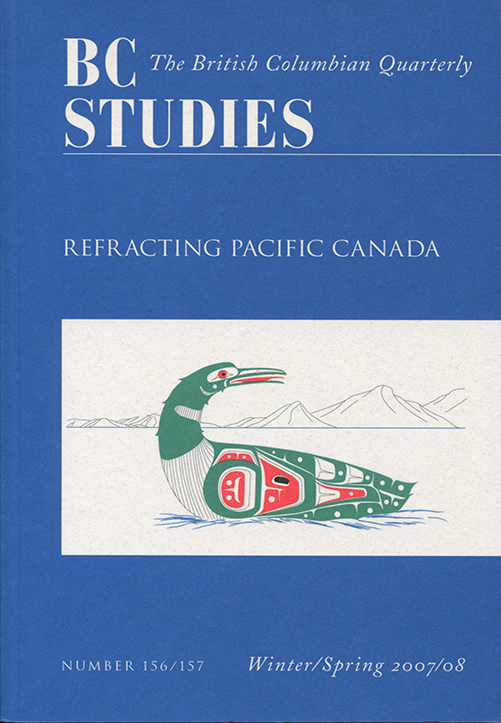 For 150 years, migrants from Asia have had a strong presence in Canadian life. Along with First Nations peoples, migrants from Asia have helped create a Pacific Canada that is very different from versions of Canadian history that emphasize trans-Atlantic migration. By engaging with both First Nations communities and European migrants and by connecting to a larger Pacific world, trans-pacific migrants helped forge a unique society in Canada.  Discover a way of understanding our common history that goes beyond the West and transcends region. “Refracting Pacific Canada” seeks to examine the long history of migration and exchange between British Columbia and the Asian Pacific world. In doing so it aims to give fuller recognition, from a Chinese or Japanese perspective, to the role of East Asians in the development of British Columbia.

“By the Side of Other Canadians”: The Locally Born and the Invention of Chinese Canadians

Beyond Being Others: Chinese Canadians as National History

“Orienting” the Empire: Mackenzie King and the Aftermath of the 1907 Race Riots

Negotiating the Boundaries of Race and Class: Meiji Diplomatic Responses to North American Categories of Exclusion

Chinese Servants in the West: Florence Baillie-Grohman’s “The Yellow and White Agony”

River of Memory: The Everlasting Columbia

The Mapmaker’s Eye: Douglas Thompson on the Columbia Plateau

Sharks of the Pacific Northwest: Including Oregon, Washington, British Columbia, and Alaska

Andrea Geiger is an assistant professor of history at Simon Fraser University in Burnaby, BC. Her dissertation, Cross-Pacific Dimensions of Race, Caste and Class: Meiji-era Immigrants in the North American West, 1885-1928, was completed at the University of Washington in Seattle in 2006 and awarded the Institute for Pacific Northwest Studies Dissertation Prize in 2007.

Lisa Rose Mar is an assistant professor jointly appointed in the Department of History and in the Asian American Studies Program at the University of Maryland, College Park. Her research explores immigration history in Canada, America, and the Chinese Diaspora. She is currently completing a book about transformations in Chinese Canadians’ relations with their neighbours between the 1880s and the 1940s.

Dr. Renisa Mawani is an Assistant Professor in the Department of Sociology at The University of British Columbia. She has published in the areas of moral regulation; (post)colonialism, law, and space; histories of Chinese migration to British Columbia; and on colonial histories of Aboriginal peoples. Her publications have appeared in journals including Law/Text/Culture, Social and Legal Studies, Canadian Journal of Law and Society, and Social Identities. She has just completed her first book, Cartographies of Colonialism: Crossracial Contacts, Juridical Truths, and Biopolitical Futures in Historical British Columbia (under review). Her second monograph (in progress) is a transnational history of the Komagata Maru and its place in the British Empire.

John Price is associate professor of history at the University of Victoria, BC, Canada where he has taught on Japan, East Asia and Asia-Canada relations for the past 10 years. His recent manuscript, Orienting Canada: Race, Empires and the TransPacific, 1937-1956 (forthcoming) examines Canada-Asia relations in the context of wars in the Pacific, Korea, and Vietnam.

Timothy J. Stanley is Vice-Dean (Academic Programs) of the Faculty of Education, University of Ottawa where he teaches antiracism education and educational foundations. The history of anti-Chinese racism in British Columbia is his principal area of research interest. Recent publications include a chapter on racisms and Canadian nationalist grand narratives in Ruth Sandwell (ed.), Teaching History in Troubled Times: Public Memory, Citizenship and History Education in Canada (Toronto: University of Toronto Press, 2006).

Yuen-fong Woon is a sociologist trained at UBC. She is currently teaching in the Department of Pacific and Asian Studies, University of Victoria. She is the author of two books and twenty-two articles, most of which are based on numerous rounds of field work in the Pearl River Delta region, South China, as well as oral history projects on early Chinese men and women in Vancouver and Victoria.