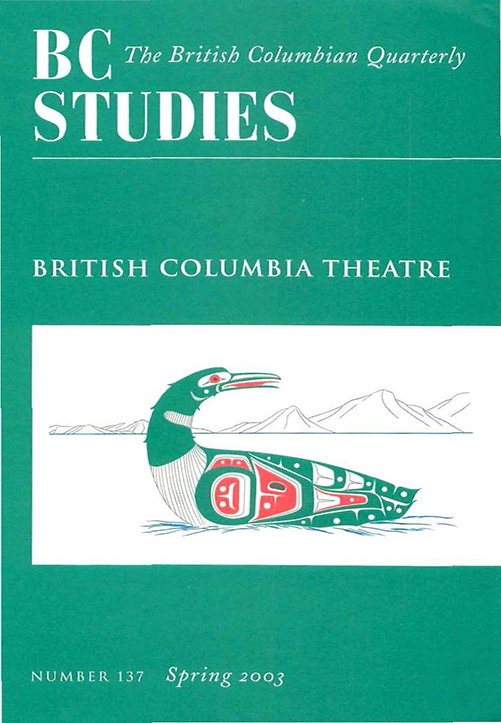 Investigating British Columbia’s Past: The Komagata Maru Incident and The Hope Slide as Historiographic Metadrama

From Emily Carr to Joy Coghill . . . and Back: Writing the Self in Song of This Place

BC Studies no. 137 Spring 2003 | Bibliography of British Columbia