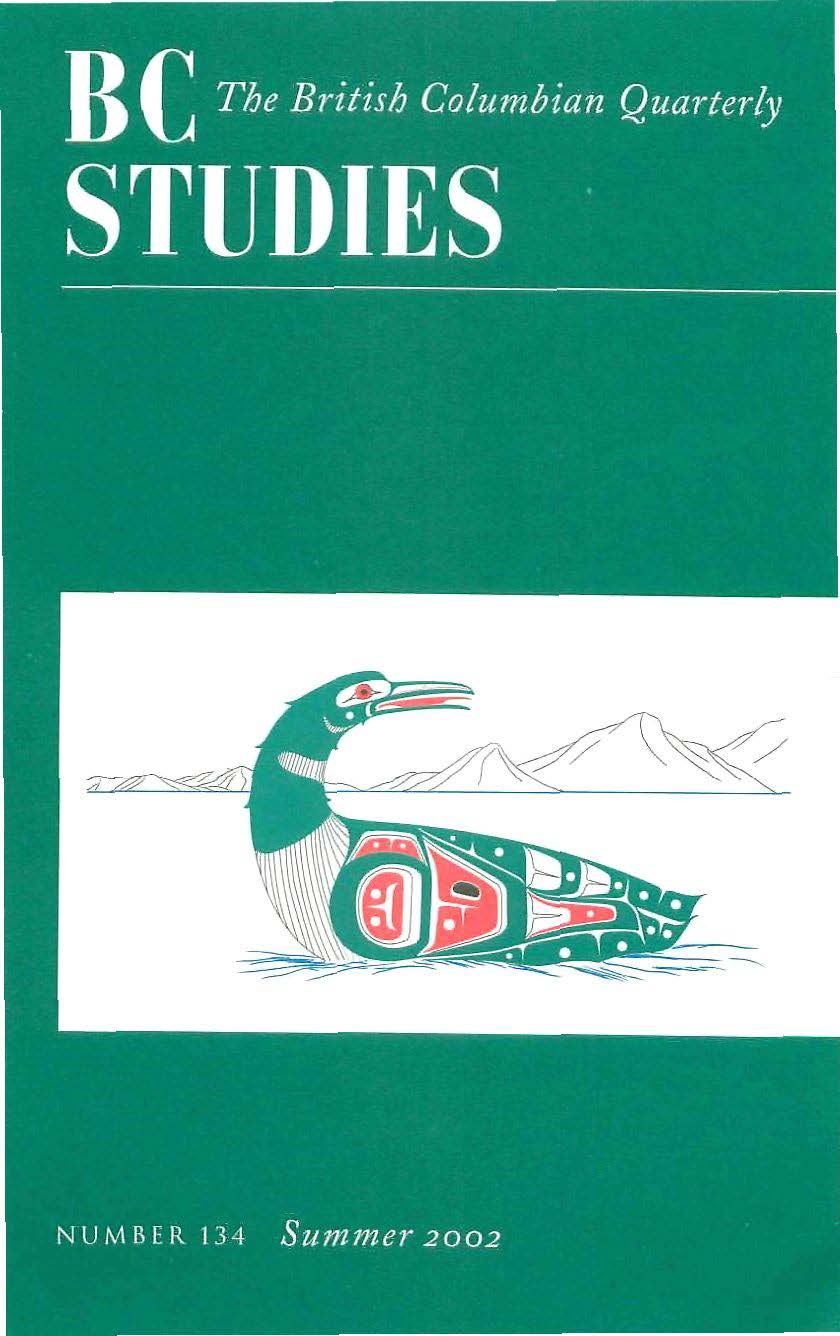 Managing Diversity in the Representation of BC History: Point Ellice House and “Chinatown”

The BC Land Question, Liberal Multiculturalism, and the Spectre of Aboriginal Nationhood

Past Reflections: Essays on the Hudson’s Bay Company in the Southern Puget Sound Region

Pender Harbour Cowboy: The Many Lives of Bertrand Sinclair

Cis Dideen Kat – When Plumes Rise: The Way of the Lake Babine Nation

BC Studies no. 134 Summer 2002 | Bibliography of British Columbia

Richard Day is an assistant professor in the Department of Sociology, Queen’s University, at Kingston. He has published articles in Philosophy and Social Criticism, Critical Horizons, and Topia: Canadian Journal of Cultural Studies. His book Multiculturalism and the History of Canadian Diversity (2000) is available from University of Toronto Press.
Misao Dean is a member of the English Department at the University of Victoria. She has published books and articles on early Canadian women writers, and is interested in post-colonial studies and material culture.
Anne Dore has just completed a Bachelor of Arts in History at the University College of the Fraser Valley and will enter graduate studies in history at Simon Fraser University this fall.
Daniel Marshall is a recent graduate of the doctoral program, Department of History, University of British Columbia and principal of Pacific Reach Consulting Ltd. He is the author of Those Who Fell from the Sky: A History of the Cowichan Peoples (1999) and is currently preparing his dissertation, “Claiming the Land: Indians, Goldseekers and the Rush to British Columbia,” for publication.
Dorothy Mindenhall is a doctoral candidate at the Institute of Cornish Studies, University of Exeter, England. Her current research examines nineteenth-century migration from Cornwall and the work of the Victoria architect and Cornishman John Teague.
Tonio Sadik is a doctoral candidate in anthropology at Simon Fraser University. He has worked for several years as a Sessional Instructor teaching courses in Sociology/Anthropology, First Nations Studies, and Criminology. He has been previously published in an edited volume entitled Perceptions of Justice: Issues in Indigenous and Community Empowerment (Hazlehurst 1995). Tonio currently lives and works for the ‘Namgis Nation in Alert Bay, BC.
Peter Trower recently won the prestigious BC Gas Lifetime Achievement Award, his most recent novel, The Judas Hills, is short-listed for the BC-Book-Prize, and the City of Vancouver proclaimed 21 June 2002, Author Appreciation Day, in honour of Peter Trower. Since 1971, he has published two novels, twelve books of poetry and contributed to several issues of Kaincoast Chronicles and Vancouver Magazine.