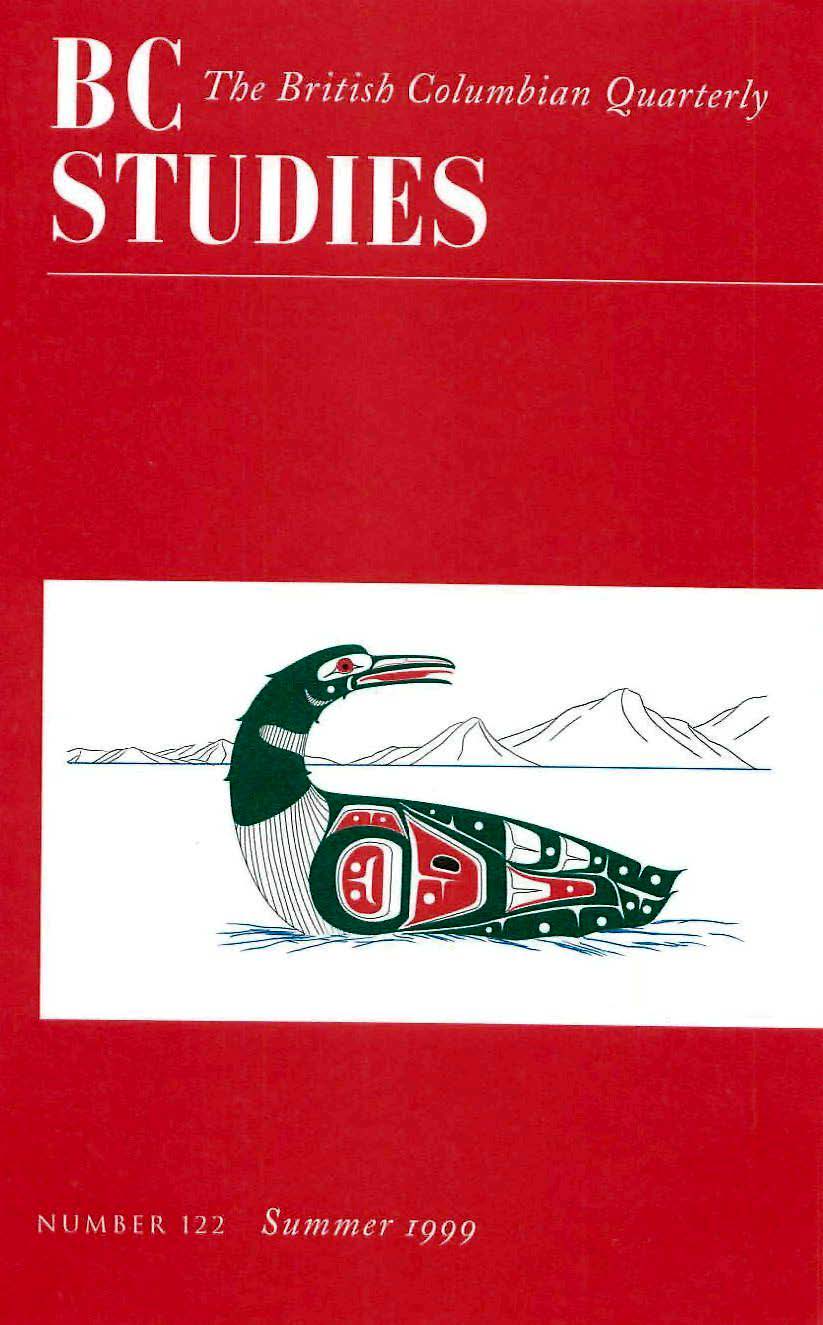 British Columbia First Nations and the Influenza Pandemic of 1918-19

Canada and Asia: Guide to Archive and Manuscript Sources in Canada

Native Visions: Evolution in Northwest Coast Art from the Eighteenth through the Twentieth Century

Red Bait! Struggles of a Mine Mill Local

Mainstays: Women Who Shaped BC

Clearcutting of the Pacific Rain Forest: Production, Science, and Regulation

By Richard A. Rajala

The Wealth of Forests: Markets, Regulation, and Sustainable Forestry

The Hotel Georgia: A Vancouver Tradition

Positioning the Missionary: John Booth Good and the Confluence of Cultures in Nineteenth-Century British Columbia

BC Studies no. 122 Summer 1999 | Bibliography of British Columbia

Daniel Clayton is a Lecturer in Human Geography at the University of St. Andrews, Scotland. His book, Islands of Truth: The Imperial Fashioning of Vancouver Island, will be published by UBC Press later this year.

Gordon Hak teaches in the History Department at Malaspina University-College.

Mary-Ellen Kelm is an Associate Professor of History at the University of Northern British Columbia. Her recent book, Colonizing Bodies: Aboriginal Health and Healing in British Columbia, 1900-1950, won the CHA’s Sir John A. MacDonald Prize for 1998.

Adele Perry is completing a post-doctoral fellowship at UBC and finishing a book on gender, race, and the making of British Columbia. She will shortly take up a position in the Department of History at the University of Manitoba.

John Jezierski is a Professor of History at Saginaw Valley State University in Michigan. He is completing a major study of Henry G. Peabody.