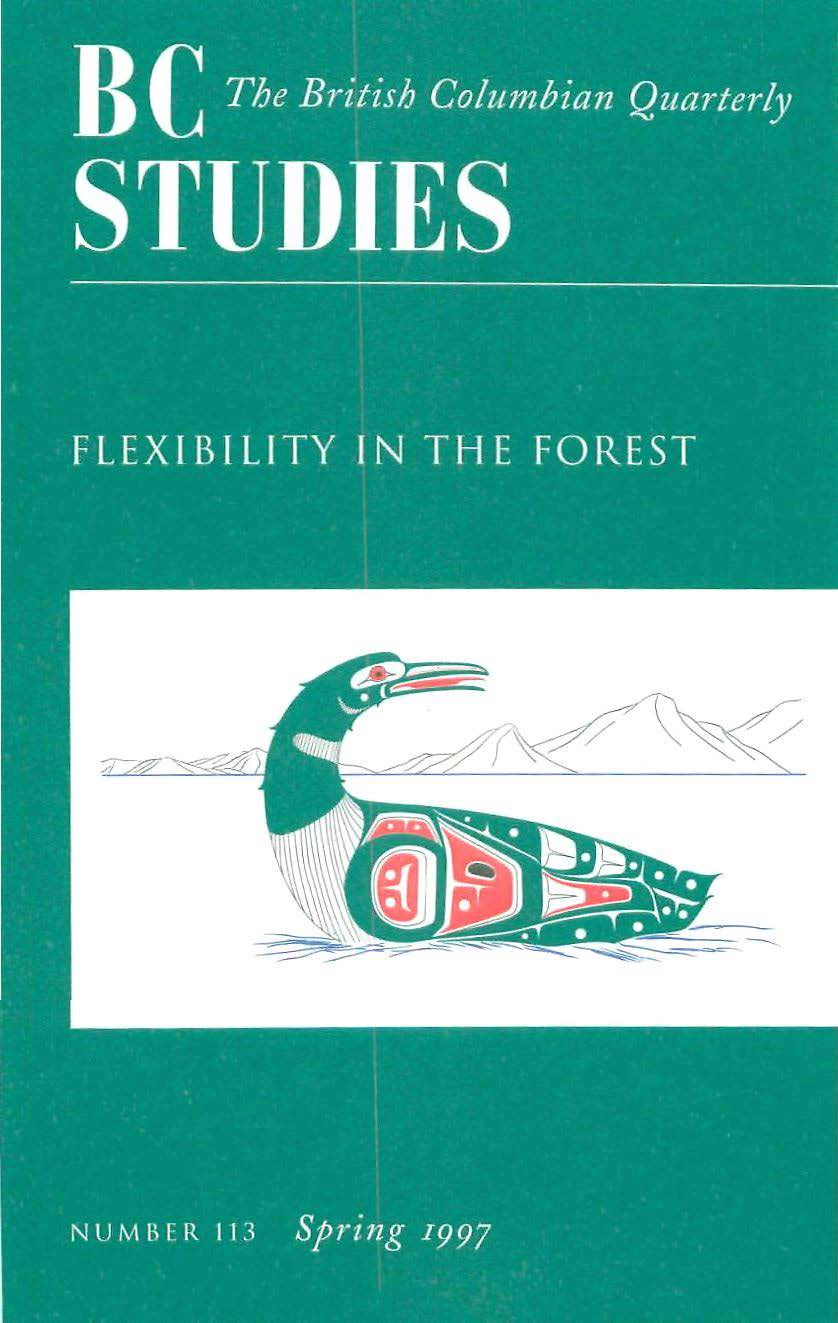 A Crossroad in the Forest: The Path to a Sustainable Forest Sector in BC

By Thomas A. Hutton

Fordism in the Mills

Fordism in the Woods

Writing Religion into the History of British Columbia: A Review Essay

No Better Land: The 1860 Diaries of the Anglican Colonial Bishop George Hills

Bowering’s BC: A Swashbuckling History

A Measure of Defiance

I Have Lived Here Since the World Began: An Illustrated History of Canada’s Native People

BC Studies no. 113 Spring 1997 | Bibliography of British Columbia

Trevor Barnes is an economic geographer in the Geography Department at UBC where he has been teaching since 1983. He is the co-editor of the forthcoming book, Troubles in the Rainforest, which will be published by the Western Geographical Press later this year.

Clark Binkley is the Dean of the Faculty of Foresty at UBC and a Professor in the Department of Resources Management.

Gail Edwards is writing her doctoral thesis in the Department of Educational Studies at UBC on the meanings attached to literacy in nineteenth-century Britsh Columbia.

Roger Hayter is Professor of Geography at Simon Fraser University. He is interested in industrial geography, BC’s forest industry, and Canada’s links with Japan.

Tom Hutton is Associate Director of the Centre for Human Settlements at UBC and Associate Professor in the UBC School of Community & Regional Planning. He has published extensively on spatial aspects of economic change in British Columbia, including the role of services industries in urban and regional transformation. Recently, Dr. Hutton has extended his research to include questions of structural change among city-regions within the Asia-Pacific sphere.