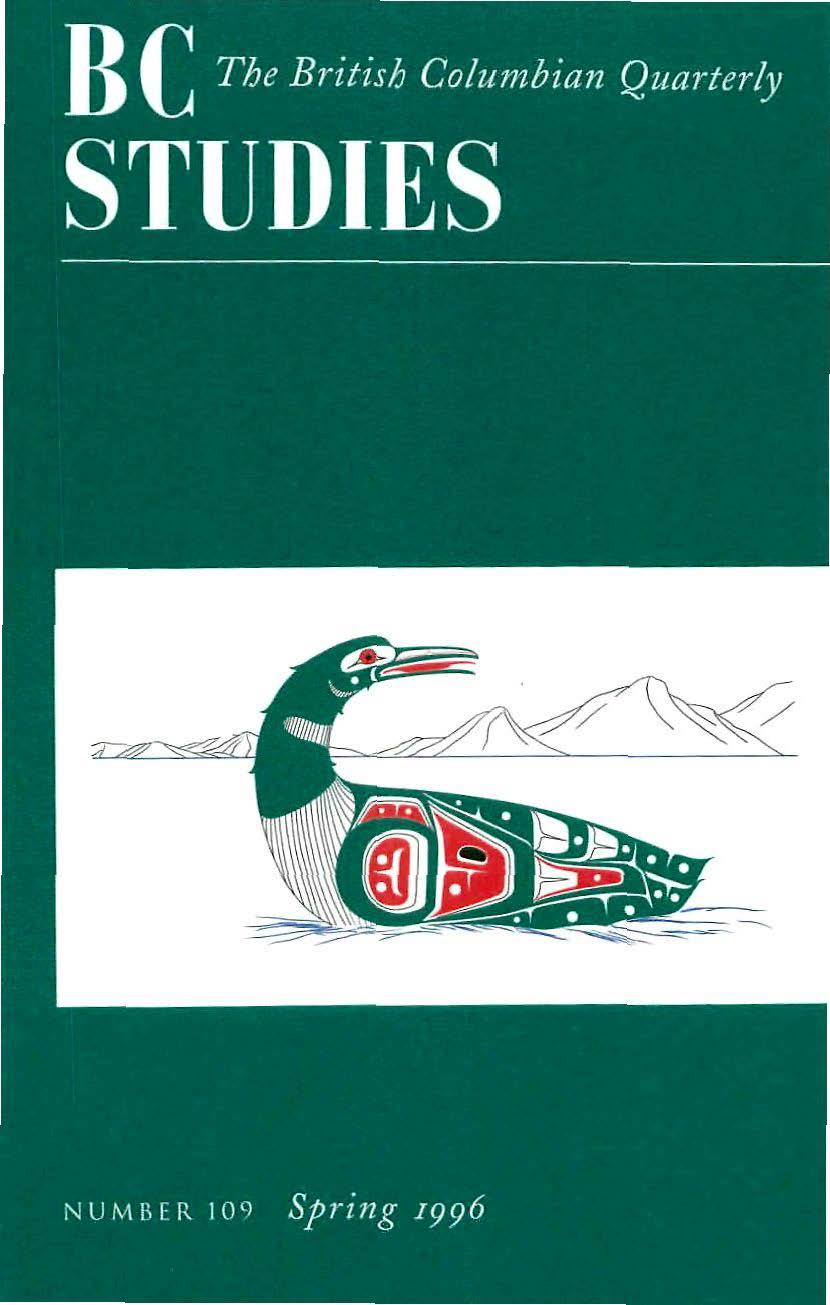 The Lynching of Louie Sam

By The Lynching of Louie Sam Keith Thor Carlson

The Rising Financial Burden of BC’s Aging Population: Is Immigration the Answer?

Nowherelands: Utopian Communities in BC Fiction

The Oblate Assault on Canada’s Northwest

By Lynn A. Stewart

On the Highest Hill

Roaring Days: Rossland’s Mines and the History of British Columbia

A Heart at Leisure from Itself: Caroline Macdonald of Japan

The Lynching of Louie Sam

BC Studies no. 109 Spring 1996 | Bibliography of British Columbia

Justine Brown is a doctoral candidate in English at the University of Toronto and author of All Possible Worlds: Utopian Experiements in British Columbia.

Keith Carlson works as a historian for Stó:l&o Nation and pursues a number of independent research interests, including those that led to his article in this issue.

Craig Davis is a professor in the Department of Community and Regional Planning at UBC.

Robert T. Galois is an adjunct professor in the Department of Geography at UBC, and author of a recent book on Kwakwaka’wakw settlement.

R.C. (Bob) Harris is a retired engineer and a close student of the early cartography of BC.

Patrick Lane is an internationally-known BC poet whose most recent book of poetry is Too Spare, Too Fierce.

Kevin Paul is a young Saanich poet whose work is attracting wide interest.