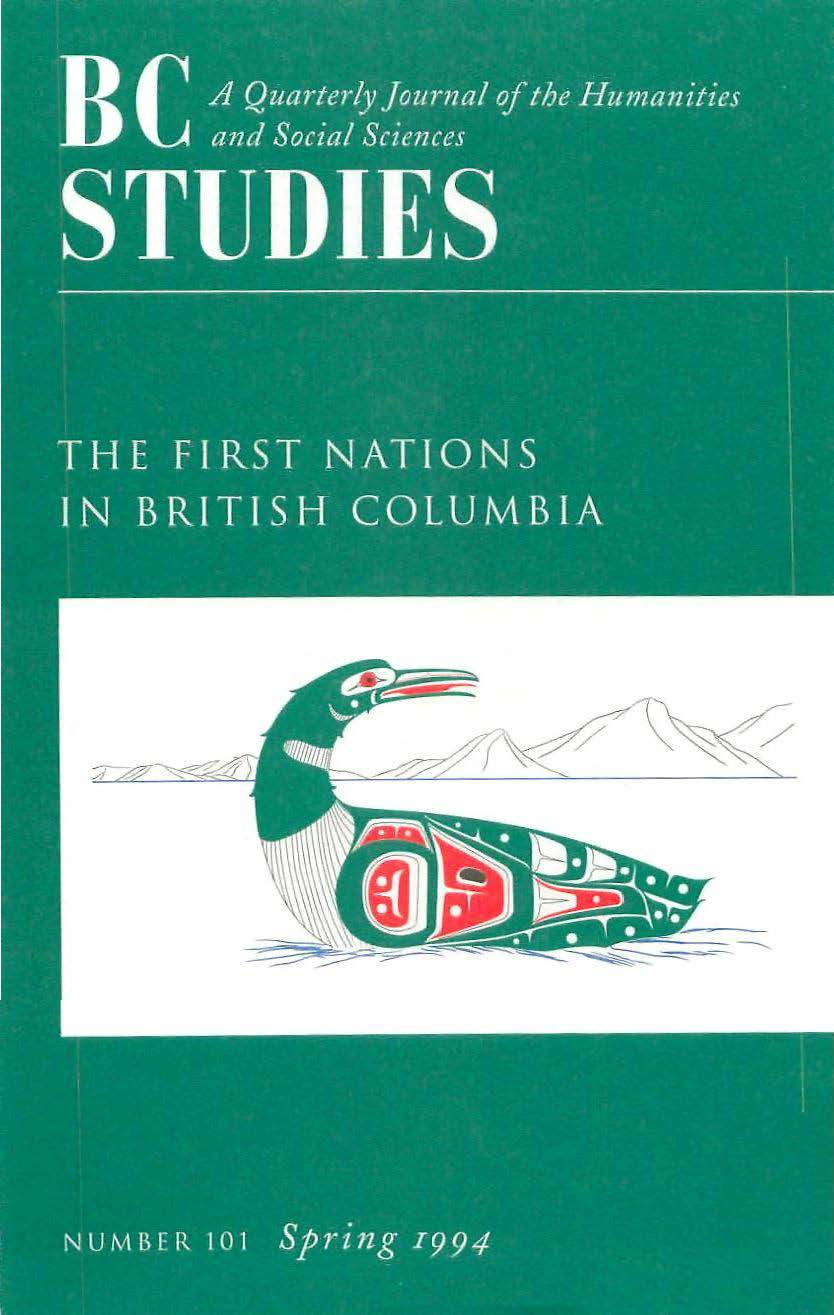 “These Rascally Spackaloids”: The Rise of Gispaxlots Hegemony at Fort Simpson, 1832-40

Smallpox in the Pacific Northwest: The First Epidemics

The Alaska Highway in World War II: The U.S. Army of Occupation in Canada’s Northwest

Social and Regional Factors in Canadian English: A Study of Phonological Variables and Grammatical Items in Ottawa and Vancouver

Law for the Elephant, Law for the Beaver: Essays in the Legal History of the North American West

Cannibal Tours and Glass Boxes: The Anthropology of Museums

BC Studies no. 101 Spring 1994 | Bibliography of British Columbia

Robert Boyd is an anthropologist living in Portland, Oregon. He is a contributor to such publications as Ethnohistory, Oregon Historical Quarterly, and the Smithsonian Institution’s Handbook of North American Indians, volume 7.

Jonathan Dean holds a Ph.D. in International History from the University of Chicago. His research interests concern the informal diplomacy between the Hudson’s Bay Company, the Russian American Company, and the First Nations of the North Pacific Coast.

Robert S. Hogg teaches in the Department of Anthropology, University of Victoria and is also affiliated with the British Columbia Centre for Excellence in HIV/AIDS, St. Paul’s Hospital, Vancouver.

Duane Thomson is a member of the Department of History, Okanagan University College, Kelowna.