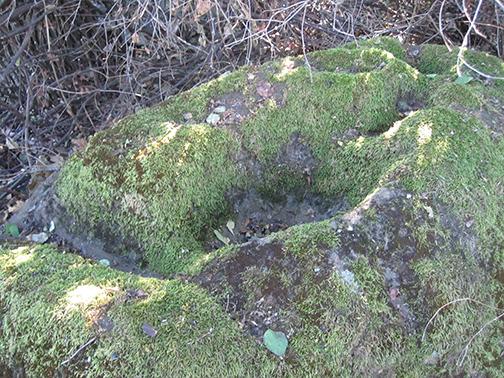 Here are photos from Blueberry Hill (unofficial, local name), now called Anderson Hill, originally a First Nations site for cultivating bulb plants like Camas, collecting Garry Oak acorns, and as a look-out for sea animals and boats in the Strait of Juan de Fuca. There are some old grave sites and a grinding/water collecting stone. There is now a cairn on the hilltop telling of indigenous activity with art by a local First Nations artist, Charles Elliot, Temoseng.  To date no First Nations name is known for the hill, only the sites seen from it, such as Trial Island (Tlikwaynung) and the old village site in McNeill Bay (Chikawich)

The hill is now named after the Anderson family.  Alexander Caulfield Anderson (1814-1884)worked for the Hudson Bay Company (Factor at Fort Nisqually) and then was Victoria’s first Collector of Customs as well as its first Postmaster.  His son, James R. Anderson (1831-1930), was sent to Victoria for schooling, then joined the Colonial Service, and in 1890 was appointed Deputy Minister of Agriculture .  He wrote “Trees and Shrubs – Medicinal and Poisonous Plants of B.C.” for the Department of Education and was a frequent speaker on the subject.

The land for the park was donated by the Jones family (descended from Dr. Oswald Meredith Jones, who was the ship’s surgeon for the “HMS Warspite” and arrived in Victoria in 1890-1891.  The land was purchased from one of Oak Bay’s original landowners, J.D. Pemberton, and a home, “Gwenyllen” was built of split granite from on site boulders.  It still stands as a heritage home).