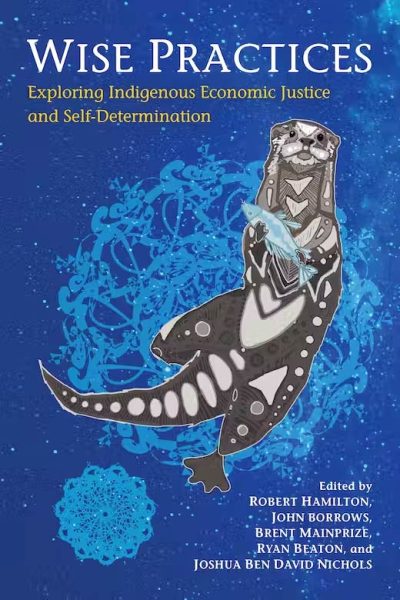 Indigenous peoples are economic actors. This simple fact is undeniable, with the debate long since moving from whether we were involved in settler economies after the fur trade to what this involvement meant (Parnaby 2006, 1-2). As seen in this collected volume this conversation is not just limited to employment, but instead is intimately connected to social development and self-determination, (3) and as a result, how Indigenous peoples interact with, and are affected by, settler legal systems and state law (8-9).

Wise Practices is an excellent resource for anyone interested in or studying the Indigenous experience in Canada today.  The authors, ranging from giants in the field, like John Borrows, to the early career individuals, like Libby Edwards, have written a wonderful collection of articles that give the reader a clear understanding of the history, contemporary legal framework, and opportunities/challenges of Indigenous peoples as economic actors.  I could easily see myself assigning this book for either my economic history course and/or any course dealing with Indigenous law or Indigenous development.  This statement, however, reveals the only real flaw of this work, although I must admit I am hesitant to use that term or describe it in that way.  Many of the articles spend their time establishing the current state in Canada rather than take it as a given.  That being said, given how understudied Indigenous peoples have been in the past, and arguably still are today – especially with regard to economics – this approach makes sense.  We need to start somewhere and for many people the concepts captured in the written text will be new. Furthermore, given that many of the authors are Indigenous, with first-hand experience when it comes to Indigenous law, claims, governance, and economic development, the first-hand experience they provide is invaluable.  As such, it is quite possible my earlier comment speaks more to my own experiences with my own nation.

As with many other collected volumes, there is a section in the introduction that briefly summarizes what every subsequent chapter is about (10-14).  Rather than re-invent the wheel I will briefly note some of the common themes I found while reading, the first being that there is no one size fits all approach when it comes to Indigenous peoples.  This concept is by no means revolutionary, even if it is worth stating again and again until the colonial view that all Indigenous peoples are the same, even at a superficial level, is universally recognized for the racism that it is.  Similarly, it is noted throughout the text that while victories can be obtained in the current Canadian legal system, at best they establish a minimum standard and at worst are pyrrhic.  More importantly they fail to address fundamental issues that are at the heart of the colonial state and form its foundation.  Again, while these articles are the not the first to make this argument, it is indicative of the disillusionment following the initial excitement caused by landmark cases like Delgamuukw.  And that is the true strength of this compilation.  Rather than speaking entirely in the hypothetical and/or ideal, after taking stock of the current situation, it strives to provoke real world action wherever possible and regardless of, or rather in spite of, conditions.