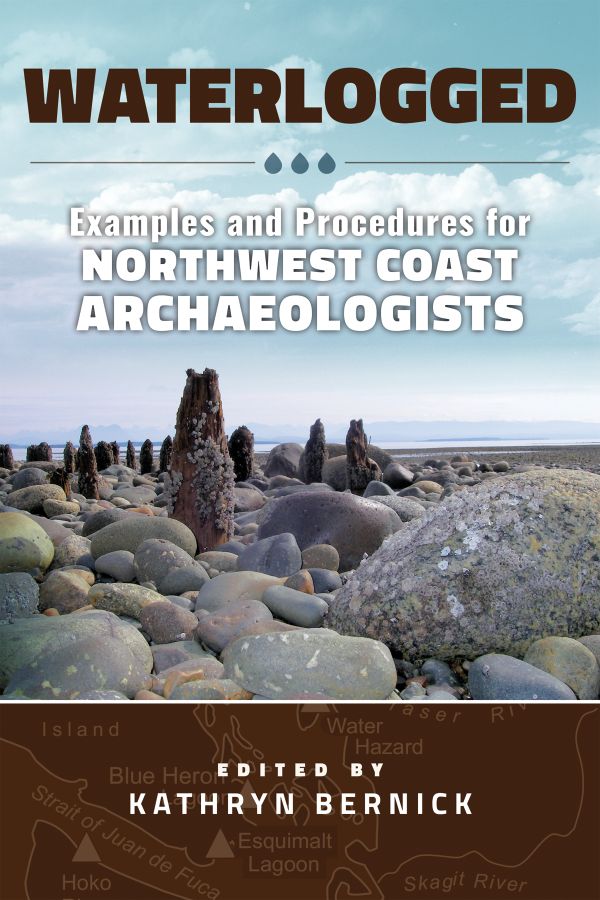 Waterlogged will find its way to the bookshelves of almost every practicing archaeologist in BC. It succeeds in bringing together experience and innovation in a single source. A mix of advice for field archaeologists, empirical research results and, critically, theoretical interpretation of wetland and wet sites sets this book apart as different from the usual edited volume. Several of the papers provide preliminary reports of projects. This however does not result in any great reduction in the value of the book. There is enough theory included in its chapters to afford the collective work, with a balanced introduction by Kathryn Bernick, a likely place among the more influential publications on Northwest Coast archaeology.

Its contribution to wet site archaeology is not limited to this region of the globe. The procedures and some of the examples will be of interest much more widely within the discipline, and there are also sections of the book that will appeal to sociocultural anthropologists, historians, and geographers. Vancouver-based Bernick is perhaps BC’s foremost expert in archaeological basketry technology, with decades of experience studying Northwest Coast waterlogged cultural material.

One of Waterlogged’s strengths, its mix of theory and practice, is also an area for scrutiny. Where a theoretical tack is taken in the book it is most welcome, and it is invariably innovative rather than falling back on heavily trodden ground. There are salient connections between Indigenous knowledge and archaeological interpretations. Nonetheless, there are instances where the meaning of results or patterns could be explored more fully by authors, as we have seen researchers working at wet sites on the Northwest Coast and elsewhere recently accomplish to good effect (e.g., Losey 2010).

Chapters are grouped into three parts. Part 1: Discovery and Recovery is a valuable component of the volume, becoming of increasing relevance to field and laboratory archaeologists as the two pieces that comprise the section progress. The opening chapter by Morley Eldridge reads as a memoir as much as a guide to finding wet sites, the stated goal of the chapter. Eldridge’s approach emphasizes his personal story, incorporating a number of anecdotes. There is repetition within the chapter and with the history of Northwest Coast wet site investigation presented by Bernick in the book’s introduction. Instead of organizing the chapter around his own discoveries during his career in consulting archaeology, which becomes somewhat disjointed by the end, the information would be more clearly communicated exclusively as a thematic guide, according to microenvironment or site type, for instance. Additional illustrations of the key materials that are initial clues to the presence of wet sites would be helpful, rather than the more striking perishable finds that follow during excavation. Bernick’s chapter on the recovery and care of wet vegetal artifacts prior to professional conservation is not only clearly presented, but also a good blend of describing procedures and using examples to explain the importance of proper recovery and temporary wet storage of waterlogged material assemblages. The guidance included in this chapter, and the section overall, is of particular use for early-to-mid-career archaeologists, including students, working in areas with the potential for wet sites.

In some ways, the significance of the book turns on the initial chapter in Part 2: Fresh Perspectives. This contribution by Genevieve Hill is a well-written presentation of archaeological site distribution data in Cowichan territory on Vancouver Island, ethnohistorical information relating to local wetlands in the form of oral histories, placenames, and traditional ecological knowledge, and a subtly critical, clear theoretical argument. Hill’s chapter lends the book a strong interpretive and regional scale approach that is picked up in several of the following chapters, such as the paper on the lower Fraser Valley Carruthers site investigations by Stan Copp and colleagues, and the chapter on the early Holocene Kilgii Gwaay wet site on Haida Gwaii by Jenny Cohen. An additional and unconventional strength of Cohen’s chapter is her useful description of the process of learning wood and plant macrofossil (primarily seeds) analyses, that provides insight into the discipline of paleoethnobotany for the nonspecialist reader.

In Part 3: Unexpected Finds, we are offered the results of several modest research projects, some in a preliminary fashion. The work lead by Duncan McLaren, described in two chapters, stands out as particularly well organized and presented. The early-to-mid-Holocene waterlogged artifacts from two central BC coastal sites are important finds. The papers by Farid Rahemtulla, and Deidre Cullon and Heather Pratt, provide initial results of the investigation of atypical wet sites: either in an understudied region of interior BC or a fish weir site in a lesser-known environmental setting.

An improvement in the organization of the volume would be to divide the first chapter of Part 1, the guide to finding wet sites, into two separate chapters: (1) a straightforward guide to locating wet sites, and (2) one or more of Eldridge’s example projects examined in greater detail. The new case study chapter would fit well in Part 2 or 3, strengthening these sections further. Waterloggedas a whole, however, meets its aims and offers us something unique in its integration of practical explication and current research that provides an up-to-date view of wet site archaeology in the northeast Pacific.