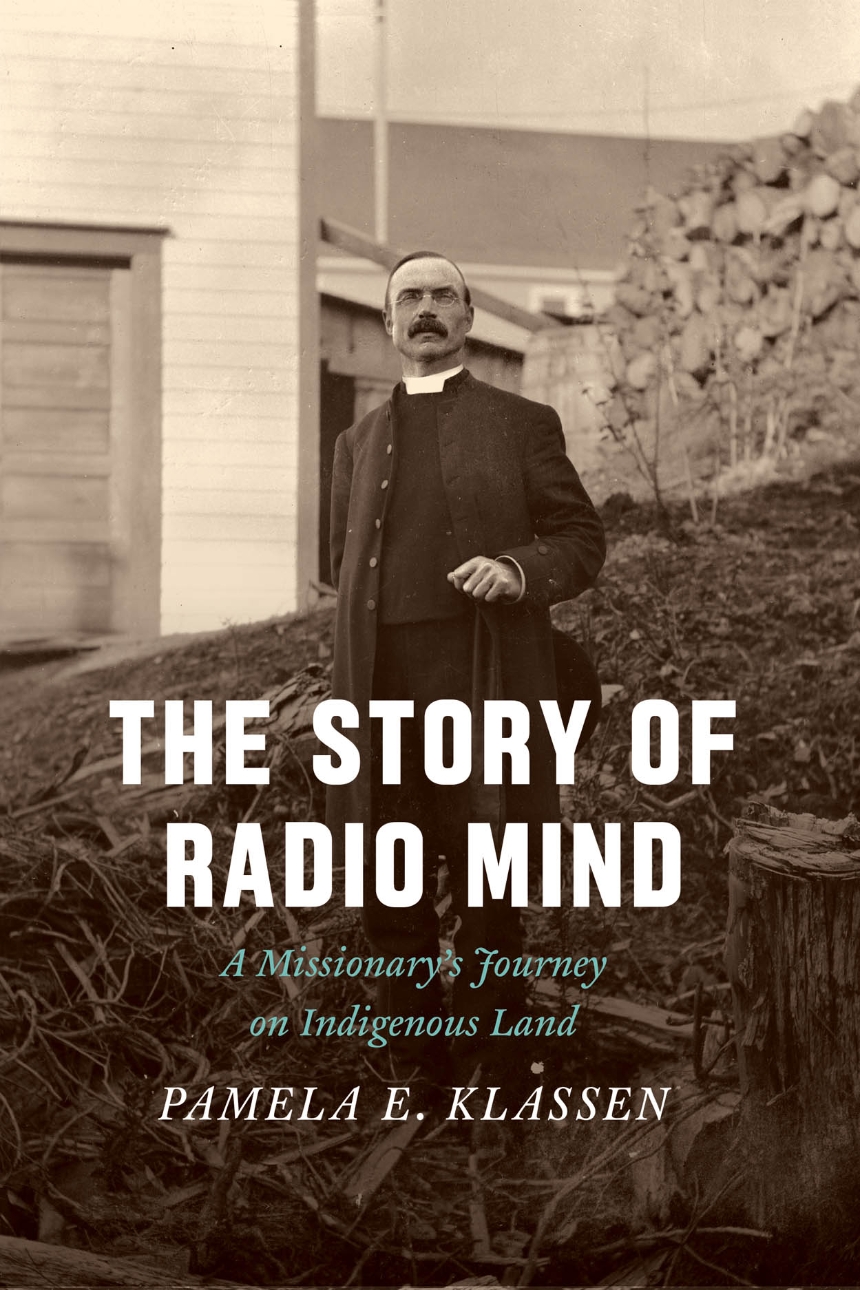 The Story of Radio Mind: A Missionary’s Journey on Indigenous Land

Many British Columbians today want to learn more about the history and ongoing legacy of settler colonialism. The news of unmarked graves being located at former residential school sites across Canada has prompted people to ask critical questions about the role Christian churches played in colonialism generally and in managing the residential school system specifically. Pamela E. Klassen’s The Story of Radio Mind: A Missionary’s Journey on Indigenous Land is an important book that grapples with the close relationship between colonialism and Christianity and provides an insightful case study of Frederick Herbert Du Vernet (1860–1924), an Anglican archbishop and self-declared scientist and storyteller who worked on the Northwest Coast in the early 1900s. The Story of Radio Mind will be of interest to historians, geographers, religious and communication studies scholars, and anyone wanting to better understand the connections between missionary imperialism and Canadian nation-building.

The Story of Radio Mind is not a biography of a forgotten missionary but rather a critical, scholarly examination of Du Vernet’s role in supporting Christian science and Canadian colonialism throughout his journeys on Indigenous lands. Klassen presents Du Vernet as a “man of many paradoxes” (8). Unlike most missionaries labouring in the late nineteenth and early twentieth centuries, Du Vernet was born in what is today known as Canada. Originally from Quebec, he first worked in Ontario before journeying west where he played an influential role on the Northwest Coast. Klassen pays special attention to Du Vernet’s use of new “tools and technologies” of storytelling and proselytizing such as photography, printing, maps, and radio (37). Radio, in particular, was something Du Vernet believed could be developed to establish a radio mind, or spiritual mind, that could “traverse distance through spiritual communication” and help build and bind Canada as a Christian nation (22). Klassen shows how Du Vernet used these new technologies in his efforts of “re-storying” Indigenous lands to help consecrate Canada’s colonial project (37).

Klassen’s critical study helps readers to grasp how missionary work supported settler colonialism, but there are still a few errors that serve to cast Du Vernet in a more flattering light than the evidence supports. This is most notable towards the end of the book where Klassen reflects on Du Vernet’s legacy and points to his criticism of residential schools late in life as evidence of his having a heavy conscience (121). Du Vernet’s objections, however, were similar to other church and state officials in the early 1900s who viewed the residential school system as being too expensive and ineffective. It is thus important that Du Vernet’s criticisms are not used, even if unintentionally, to absolve an influential Anglican archbishop of culpability in overseeing genocidal schooling for Indigenous peoples. Indeed, day schools, which Du Vernet championed, were also part of the attack on Indigenous lifeways and the consecration of Canada as a Christian settler society, as scholars such as Helen Raptis (What We Learned, 2016) have outlined. Early in the book, Klassen acknowledges that “telling the story of a white man who espoused blatant racism and Christian triumphalism, but who also came to question some of the most brutal forms of racist triumphalism, requires an understanding of the meaning of a story in his context” (37). In this way, The Story of Radio Mind could have benefited from a deeper engagement with the context as well as the literature on schooling and settler colonialism in British Columbia when framing Du Vernet’s final legacy.

Overall, The Story of Radio Mind offers an interesting window onto the workings of religion and settler colonialism on the west coast that will appeal to those interested in learning more about missionary imperialism and Canadian nation-building.