Tending the Student Body: Youth, Health, and the Modern University 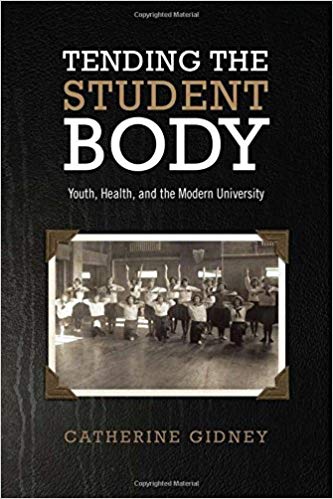 This fine piece of work provides new insights into the way the nature and culture of life in Canadian universities changed during the first sixty years of the twentieth century. Based on a careful review of archival and other primary sources, the author provides a descriptive, analytic account of the historical development of student health in Canadian universities from the turn of the century through the 1960s. The argument is roughly divided by the Second World War into two chronological parts. Chapters 1 through 5 cover the period 1900 to 1940 and focus on the expansion of health services and physical training/education programs. Chapters 7 through 9 cover the period 1930 through the 1960s and trace the move toward mental health concerns and the demise of physical education programs.

Part one shows clearly how the provision of these programs was justified because of their contribution to the university as a “moral community” that was charged primarily with the job of “character formation.” The “whole” person needed a sound body just as much as a sound mind. The account necessarily intersects with the issues of class, race, and gender as the elite university was held up as a healthy and safe place. Developments at UBC were typical of the changes taking place in urban universities across Canada. From the mid-1920s, educators and health professionals worked hard to establish health services and physical activity programs. By the 1940s, UBC had a medical health officer with a staff and a permanent health office, while new students were required to submit to a medical examination, including a TB test, and to participate in a physical activity program.

Changing definitions of “manhood” and “womanhood” are linked to the professionalization of women faculty and the rise of team sports. Gidney draws on the literature linking gendered roles to middle-class amateur games and sports and argues that these gendered ideals and values carry through into the twentieth century. For men, the qualities fostered include fair play, self-restraint, endurance, competitiveness, and order. For women, games and sports instilled “qualities such as organization, discipline, respect for authority, determination, self-reliance, self-control, selflessness, teamwork, and service to others” (61). In general, the university was seen to be responsible for “creating and shaping upright citizens of moral character” (75) and for creating the conditions that “allow for the emergence of a student’s character” (99-100).

Part two documents the emergence of a new mode of thinking where the emphasis was on personality development and self-realization. Concerns with infectious diseases like venereal disease and tuberculosis decreased with the rise of scientific medicine. The new concern was with mental hygiene. Gidney argues that “the new discourse of personality was part and parcel of broader societal developments such as the process of secularization, changing concepts of citizenship, and the growing emphasis on the importance of ‘expressive individualism’” (164). By the mid-1950s, UBC had established a counselling service alongside a health service that consisted of a 26-bed hospital and out-patient department. A decade later, the extensive medical staff now included a part-time psychiatric consultant and two full-time resident psychiatrists.

The turn to “human adjustment” and the rise of “student services” and “student affairs” was accompanied by the termination of physical education programs and the continuing triumph of team sports. Yet as the author reminds us, the two conceptions of the purpose of the university remained side by side, each pressing the institution toward a unified vision of an appropriate model of citizenship. What had changed by the 1960s, with the rise of research culture and a different conception of the state, was the emphasis on social citizenship and citizen rights. Then as now, our universities are confronted with “old ideals and new realities” (190).