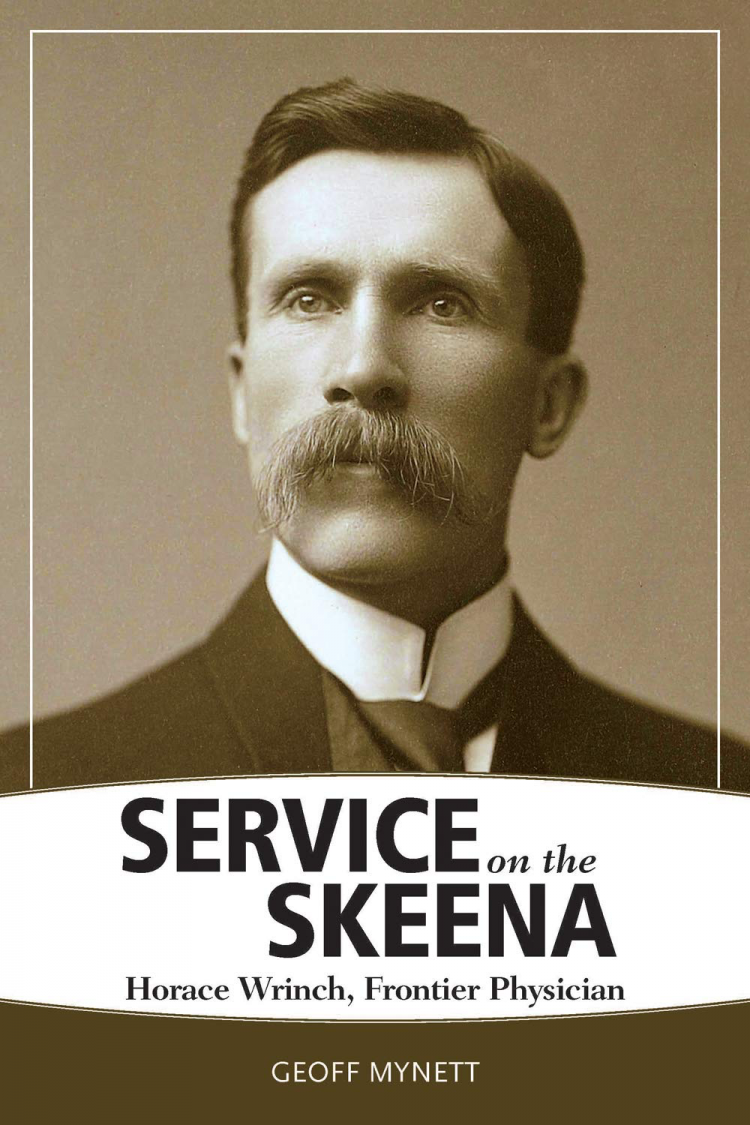 Although both Horace C. Wrinch and his wife Alice are featured in Eldon Lee’s Scalpels and Buggywhips (1997), Horace Wrinch is little known, despite his extraordinary contributions to British Columbia society. Geoff Mynett, a retired lawyer married to Horace Wrinch’s granddaughter, obviously spent several years researching and writing this full-length biography that offers compelling evidence that Wrinch deserves to be much better known, not only for his contributions to health care in the central interior of British Columbia, but as an influential and articulate early promoter of publicly funded health insurance. Historians of British Columbia ought to read this book.

After extensive research in many archives, in many published primary sources (especially newspapers), and in Wrinch family photographs and documents, Mynett offers a detailed account of Wrinch’s life. Having graduated with top marks from Trinity Medical College in 1899, Wrinch could have pursued a prestigious and lucrative career as an urban doctor, but he and his wife Alice, devout Methodists, elected in 1900 to move to northern British Columbia to serve as medical missionaries among the Gitxsan and Wet’suwet’en peoples. In the next decades he built a hospital and nursing school in Hazelton and provided medical care to the scattered population of a vast region. That story is remarkable enough, but during that time Wrinch also introduced a form of hospital insurance to paid subscribers in Hazelton and became a pillar of Hazelton society.

Wrinch’s influence extended well beyond the central and northern interior of British Columbia. During two terms as a Liberal member of the Provincial Legislature between 1924 and 1933, he tirelessly pushed for the introduction of public health insurance. After leaving elected office, he continued his activism as a member of Duff Pattullo’s Economic Council. He perhaps deserves to be recognized as one of the key players in the history of public health insurance in Canada.

Certainly, Wrinch deserved some credit for the British Columbia Health Insurance Act, passed in 1936. Unfortunately, Mynett does not discuss the history of this legislation in as much detail as he might have. Obviously influenced by the straitened Depression finances, Patullo’s deeply divided Liberal government passed a watered-down bill that would have left many of the poorest and most vulnerable British Columbians without health insurance (the government perhaps hoping that doctors would provide free care to the indigent, as was the normal practice). Mynett does not explain, probably because of a lack of evidence, what Wrinch thought of the bill, but he was in a position to discuss the degree to which the legislation fit with the spirit of Wrinch’s advocacy in the previous decade. At any rate, in the face of difficult finances, doctors’ resistance, and flagging public support, the government opted not to implement the legislation, thereby missing the chance to put British Columbia at the vanguard of public health insurance.

Mynett’s biography fulfills its goal. It features the life of a man and wife who became pillars of the community. As a respected medical practitioner, Wrinch also filled a multitude of other roles in the community: experimental farmer, lay preacher and minister, community leader and organizer, and mining investor and promoter. Without ignoring the fact that some found Wrinch a difficult person to work for, it explains why he and his wife became such beloved members of the Hazelton community. It also shows the degree to which Wrinch fit the mold of deeply religious progressive voices calling for public health insurance in Canada. Many in the general public and among scholars will appreciate Mynett’s contribution, and future historians of northern British Columbia, of the history of health care and health insurance, and of missionary doctors will find in this book an excellent source for further research.