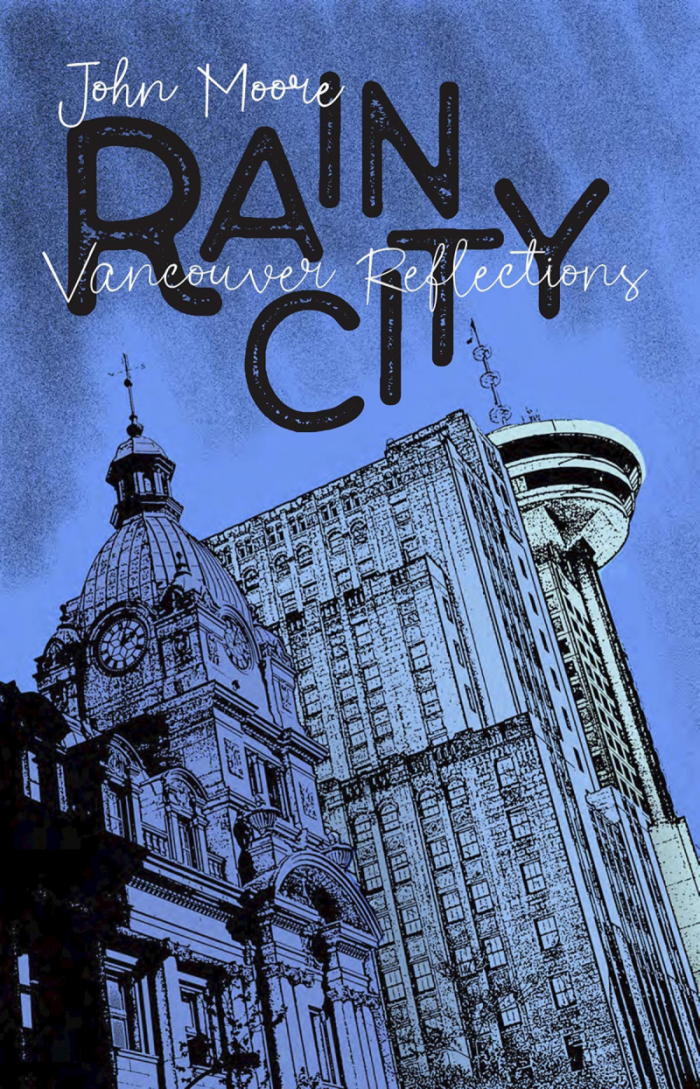 John Moore is a BC-based free-lance journalist and author. Original versions of the sixteen essays that make up this volume have appeared in a variety of newspapers and periodicals over several decades. Some have won West Coast Magazine Awards. They have been re-worked and updated for this book and vary in length from 8 to 26 pages. The title of the book and the author’s note of introduction suggest personal reflections on Vancouver. In fact, the setting for most of the essays is early post-war North Vancouver, Moore’s childhood home. Several others are set in Squamish, his current locale. The City of Vancouver per serarely makes an appearance, with the exception of the author’s foray into East Hastings for a tattoo (“The Skin Trade”). Explicitly in this essay, and implicitly in many of the others, Vancouver functions as the ‘Other’ — i.e., that which was left behind in the rush to the leafy suburbs on the north shore.

The stand-out and longest essay in the book, is “Imaginary Geography”, in which the author presents a child’s eye perspective on the building of the Capilano Highlands neighbourhood. For the thousands of middle-class families that fled the built-up core of Vancouver in the early post-war decades, the north shore slopes represented the promised land of post-war suburbia in a temperate rainforest. This is the world that baby-boomers were born into, and that Moore describes in fabulous detail. The loss of this world, at the hands of developers in the later decades of the millennium, runs throughout as subtext. In part, Moore’s collection reads as a lament to this loss.

Moore’s voice is front and centre in these essays. In parts breezy and poignant, in others, bombastic and profane, his essays often resemble rants à la Rafe Mair. His take-down of former Premier Gordon Campbell together with select clientele of the Terminal City Club, where Moore bartended in the 1980s (“Last Call for Alcohol”), is especially vitriolic. Moore also takes aim at any and all representations of post-modernism in culture and urban design. His critique of new urbanism, and the land development industry more broadly, focuses on Squamish (“Village People”) and Whistler (“Last Resort”). “A Walk on the Wild Side” takes on related trends in life-style consumerism: Xtreme sports and adventure tourism.

In sum, Rain City consists of a number of lively and finely-crafted essays that cover an exotic mix of largely west-coast based subjects. The cultural geography of suburbia, especially as it emerged in the post-war north shore, is a key theme that links many of the essays.