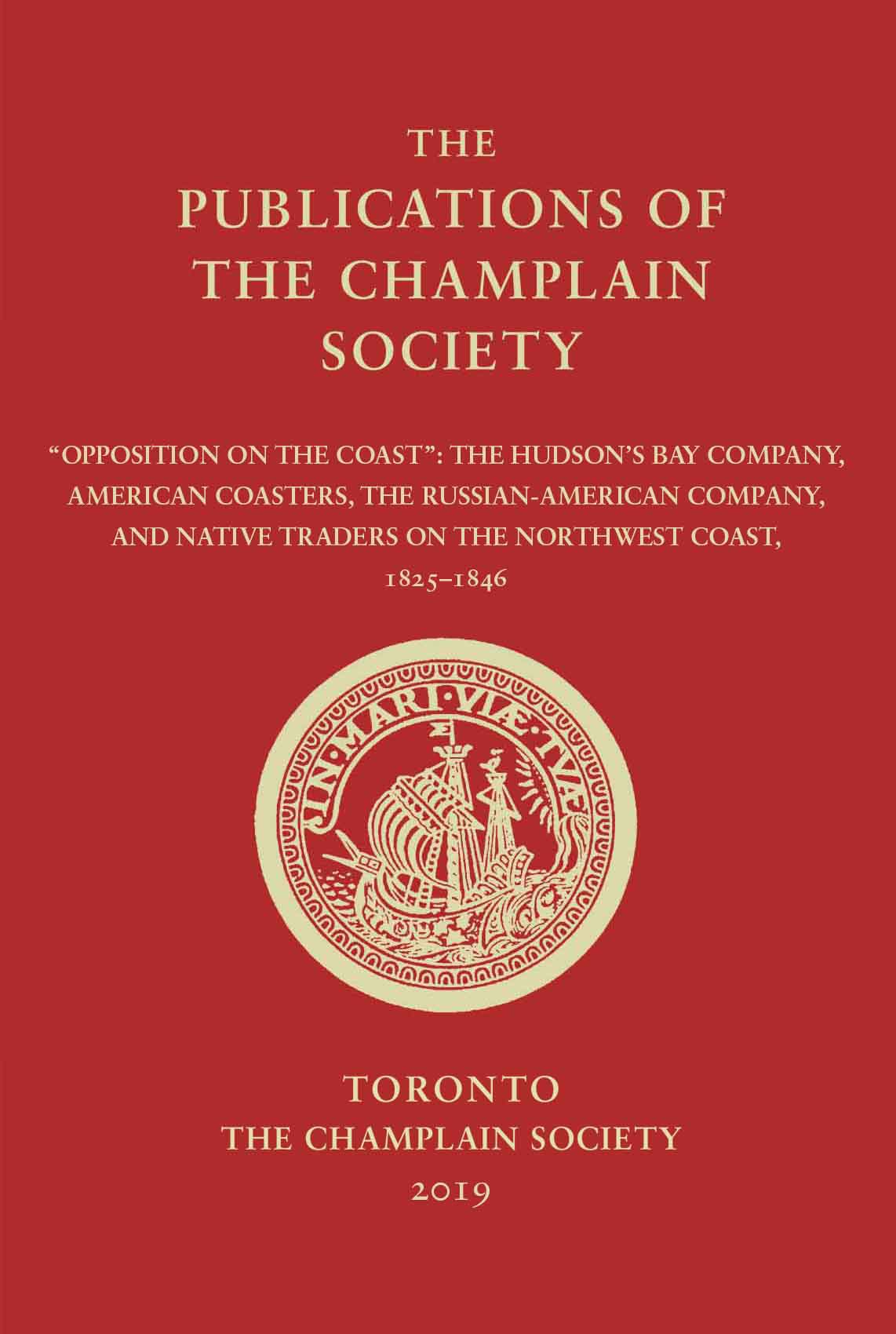 “Opposition on the Coast”: The Hudson’s Bay Company, American Coasters, the Russian American Company, and Native Traders on the Northwest Coast, 1825-1846

Jim Gibson has assembled a collection of primary sources: 27 documents from Hudson’s Bay Company (HBC) archives, British Columbia provincial archives, and microfilm of Russian-American Company (RAC) records from the US National Archives. A significant part of his contribution is the translation of RAC documents from the original Russian. As Gibson points out, the material from all three sources presents exclusively the views of the white male managers who prepared the original reports, letters, journals and memoirs. Though skewed in favour of their race, gender and class, they are, Gibson judges, the best available material from these kinds of sources.

I was not familiar with work of the Champlain Society before I reviewed this book, and I was looking for more of a story line than the CS aims to provide in its publications. Their goal is to advance knowledge of Canadian history by publishing primary records of historical value, such of those presented in Gibson’s “Opposition on the Coast”. I was looking for a work of historical synthesis, a learned analysis of this transition period in the history of the North East Pacific shore, a kind of maritime version of Richard White’s “Middle Ground”. Instead I found a fascinating collection of primary sources that required me to do most of the analysis. Even Gibson’s 80 page introduction is mostly a guide to the primary material that follows, which I expect is what the Champlain Society wanted from him.

What these sources reveal is hardly a “Middle Ground” but instead a depressing chapter in the history of ever-expanding Euro-American exploitation of the rich resources of the continent. Like White’s 17th and 18th century Great Lakes region, the north west coast in the early 19th century is also in transition. But the main players on our coast — the HBC, the RAC, and the American and Native traders – never reach any kind of enduring accommodation such as emerged, for a while, in the pays d’en haut back east. Against a backdrop of rapidly depleting fur supplies, the HBC in particular schemes and connives to achieve the kind of absolute control of trade to which it had become accustomed.

With these sources Gibson offers the reader / researcher many glimpses and insights into this time and place that set the scene for the emergence of modern British Columbia. Repeated references to the brutality with which certain HBC managers carried on their business remind one of Dan Clayton’s account of the way control was exercised within and beyond the HBC’s rudimentary establishments and of the central role of violence therein. The importance of the slave trade is also highlighted, as is the degree to which external traders stimulated and participated in this large and lucrative commerce, where slaves were acquired mostly around the Salish Sea region then sold or traded further north. We are also reminded of the highly vulnerable nature of the British, Russian and American trading ventures on this coast at a time when a few hundred Canadians, Americans, Brits, Hawaiians and Asians far from home mingled with many thousands of Indigenous inhabitants who only tolerated them as long as they were useful. The seeds of coming change are visible when outbreaks of smallpox, for example, diminish the ability of Indigenous suppliers to meet the visitors’ requirements. The future can be seen at Fort Langley, too, so poorly located for the fur trade but so richly appointed in fish and timber and agricultural soil. The overall picture is one of an increasingly dominant player, the HBC, determined to ply its trade the way it had in the heart of the continent during the 18th century. But the HBC’s game plan is increasingly ill adapted to this new maritime place and new century. So, by the time they have prevailed in the NW coast fur trade the prize is disappointing, with the sea otter gone and the beaver hat rapidly being replaced by silk. Before long, the HBC would find itself marginalized by new actors who played the mid-19th century game of rapid colonial conquest and industrial scale exploitation of raw materials like fish and wood, and whose commerce on the coast the old company had pioneered earlier in the century even as they  struggled to make the fur trade work (see Mackie, 1997).

Mackie, Richard. 1997. Trading Beyond the Mountains: The British Fur Trade on the Pacific. Vancouver: UBC Press.