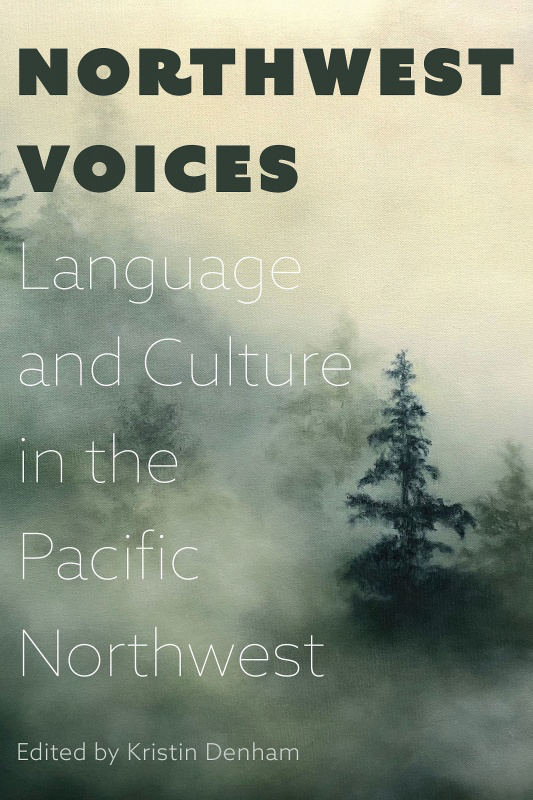 Northwest Voices: Language and Culture in the Pacific Northwest

What, if anything, is the socio-linguistic glue that binds together the region often referred to as the Pacific Northwest? When it comes to language and culture, do the peoples of Washington and Oregon in the United States and those living in the Canadian province of British Columbia share identifiable linguistic behaviours and a distinctive cultural heritage?

These timely questions lie at the core of a welcome new collection of essays on the cultural traditions and speech patterns of the communities who live on either side of the western US-Canadian border. The ten chapters in this diverse collection, edited by Kristin Denman, a Western Washington University linguistics professor, make a strong case for why terminology matters and why we must take care with the words that we use to describe the world around us.

Given the volume’s focus on representation and linguistic precision, we might wish to investigate the regionalism baked into the book’s title and ask whether ‘Pacific Northwest’ is an appropriate geographical locator, and if so, what it encodes. As I have learned, not all British Columbians feel well-served by the term ‘Pacific Northwest’ which appears to demarcate the outer limits of the continental United States, but only the very beginning of Canada. Such terminology can inadvertently reinscribe a centre-periphery way of thinking that works against the very goals of a collection such as this: namely, re-centering the region as an interconnected socio-linguistic continuum. Another option, albeit one that carries its own ecoregional baggage, is the term Cascadia which appears to be gaining traction.

Structured in four parts with a succinct introduction to each section by the editor, Northwest Voices takes the reader through the region’s linguistic history and place-making practices; two case studies and one overview of Indigenous language revitalization; contributions on dialect diversity, attitudes to English and other settler languages; and two well-structured reflections on perceptions, pragmatics, power and place. The range of contributors is commendable—including school teachers, Indigenous scholars working in their own communities and university faculty—although it is noteworthy, and perhaps a limitation, that all were trained in, and are based at, institutions in the United States.

Affordable and readable, Northwest Voices is a welcome addition to the scholarship of this rich and complicated eco-cultural region. The structure of the collection lends itself well for individual chapters to be assigned in anthropology, linguistics, geography and Indigenous studies classes at high school or university, while there is plenty of valuable detail for more specialist readers.

The Pacific Northwest—or however we may describe and identify this area—is at once so old and yet so young. Northwest Voices offers an accessible and much-needed reminder that while English was introduced to the region only 200 years ago (96), Indigenous languages have been spoken, sung, learned and transmitted up and down this coast for thousands of years. If anything, this collection underscores the gulf between the absurd thinness of colonial settlement on the one hand, and the profound depth of Indigenous place-based, territorial and embodied knowledge, on the other.