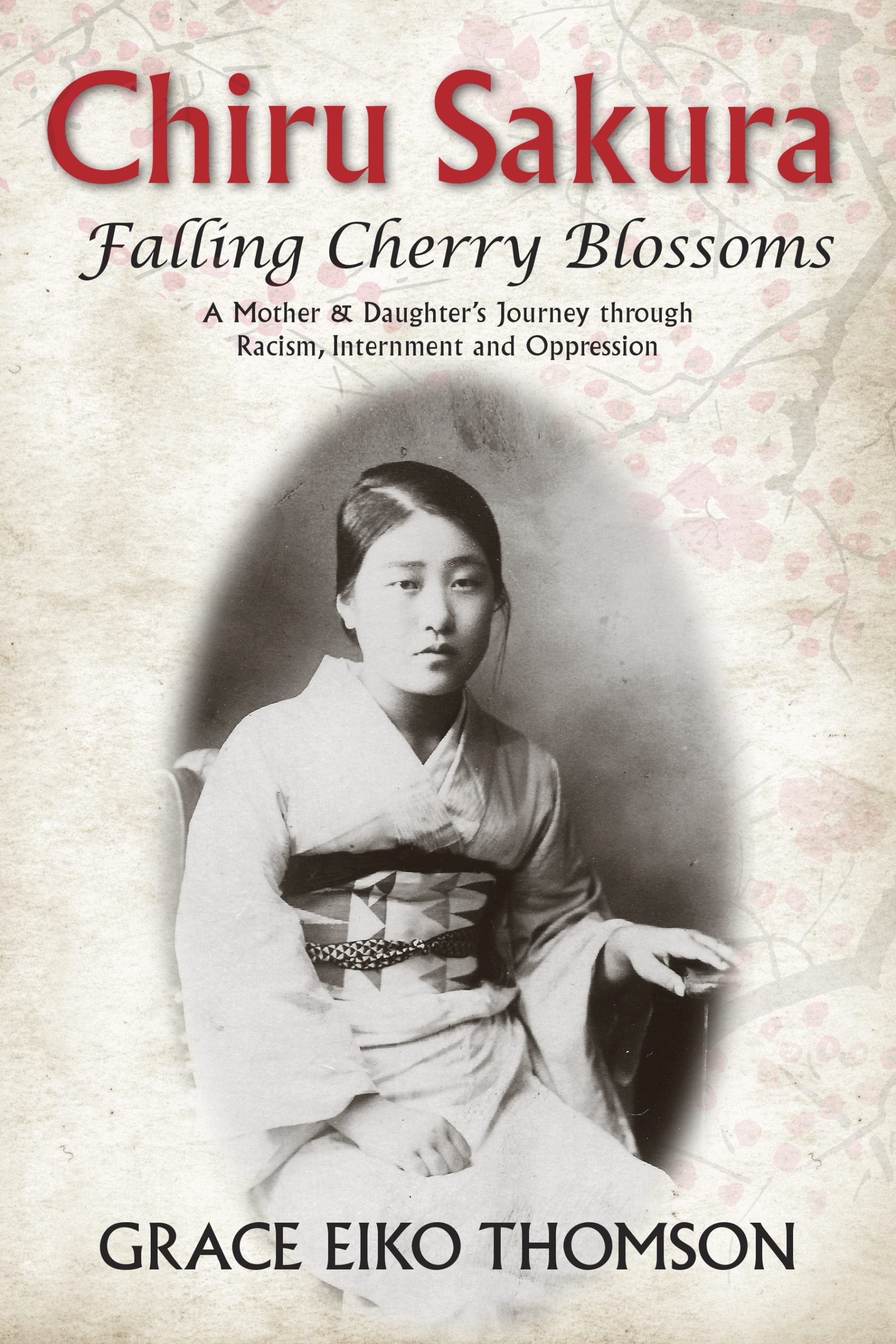 One of the consequences of the forced removal of people of Japanese ancestry from the B.C. coast and the subsequent seizure and sale of their property during the Second World War, in addition to the tremendous personal and emotional costs that this entailed, was the scattering and destruction of prewar historical records—diaries, letters, photo albums, business accounts—that might otherwise have been preserved. Even where records remain, much of the history of prewar Japanese immigrants remains difficult to access due to the difficulty involved in translating Meiji and Taisho era Japanese language sources into English. Both factors render first person accounts that speak to this gap in the historical record like Grace Eiko Thomson’s Chiru Sakura, Falling Cherry Blossoms and Fumihito Torigai’s English-language translation of Miyoko Kudo’s Picture Brides 写婚妻 [1] all the more valuable. In Chiru Sakura, Thomson, who was forcibly removed from the BC coast as a child in 1942, juxtaposes her own recollections of her life as a young Canadian forced to come to terms with a legacy of racism and both wartime and postwar upheaval with her mother’s memories recorded in an autobiographical account written to replace diaries left behind. In weaving these separate threads together, Thomson provides a rare glimpse of the ways in which mother and daughter, one born in Japan and one in Canada “with no lived knowledge of Japan,” perceived and responded to the events that overtook their lives following the onset of war. [39]

Like the elderly women interviewed by Miyoko Kudo during the early 1980s, Thomson’s mother, Sawae Nishikihama, was one of many young Japanese women born during the Meiji era who immigrated to Canada during the two decades that followed the Gentlemen’s Agreement of 1908, which restricted the number of Japanese immigrant men to be admitted to Canada annually even as it opened the door to new brides. Married in accordance with Japanese law and custom, primarily concerned with the joining of two families, the transfer of the bride’s name to the koseki or family register of the groom was the critical step in rendering the marriage official under Japanese law, making the groom’s physical presence at the ceremony unnecessary. In contrast to the husbands of the women interviewed by Kudo, Nishikihama’s husband, who had immigrated to Canada, was able to return to Japan for the wedding. Many labor migrants could not afford to do so, however, with the result that the young women they married often crossed the Pacific Ocean with just a single photograph of their new husband in hand. Together, these two books serve to complicate our understanding of the range of challenges they faced as they adapted not only to unfamiliar circumstances in a country often hostile to their presence but to their new marriages to men they did not know, sometimes in remote locations such as lumber camps located far from town. Others, in contrast, lived in what Thomson describes as an urban village in the Powell Street area of Vancouver where even newly arrived Japanese immigrants could feel comfortable surrounded by people speaking a range of Japanese dialects.

The onset of war ripped through this bustling community and a second uprooting ensured that it would not be rebuilt. The Nishikihama family would spend the first part of the war deep in the BC interior in the former mining town of Minto only to be forced, as the war drew to an end, to choose between repatriation—or, in the case of their Canadian-born children, expatriation—to Japan or going east, in their case to Manitoba where they later settled in Winnipeg. In Thomson’s words, they “were forced to continue their journey as outcasts, as aliens, not Canadians.” [83] Going home was impossible, given the forced sale of their property in 1943. Even when the ban on returning to the coast was lifted in 1949, her parents were among those who could not afford to do so. When, in 1963, they were finally able to return to BC, Nishikihama writes, it was like returning to one’s furusato, one’s home village, with its familiar smell of salt air and the mist shrouding the mountains. Thomson would go on to study art history and to work as a museum curator, including as the first executive director and curator of the Japanese Canadian National Museum from 1998 through 2002, a journey that she explains enabled her to come to a deeper understanding not only of her own life but of her mother’s, as well as of race and discrimination.

Miyoko Kudo’s Picture Brides 写婚妻 itself traces the impact of not just one but two forced uprootings on the lives of thirteen women she interviewed as she traveled across Canada in an effort to locate picture brides willing to talk with her. On the one hand, this journey speaks to the complexity of prewar Japanese society and the cultural mores of another time, reflected in the shame still associated with having come to Canada as a picture bride even in the 1980s, due in part to reports in prewar Japanese-language newspapers, likely intended as object lessons, that depicted picture brides as prone to leave unhappy marriages. Not an academic historian or even, as Kudo explains in the preface to the English-language edition, a writer when she decided to conduct these interviews, her own struggle to learn English as a foreign student in Canada leads her not only to empathize with the young women they once were, but at times appears to colour her interpretation, leading her to explain away the responses they gave to the questions she posed and instead to speculate about what they truly felt. The fact remains, however, that the glimpses the stories they shared with her give us of an earlier time would have been among those erased by the dual dispersal of Japanese Canadians if Kudo had not embarked on a journey of her own some four decades ago to gather all those she could.

[1] First published in five installments in the Asahi Weekly in 1983, the original work was published in revised form later that year as写婚妻 : 花嫁は一枚の見合い写真を手に海を渡っていった (Shakonzuma: hanayome wa ichimai no miai shashin o te ni umi o watatte itta) (Picture marriage wives: brides who crossed the ocean with a single photo [of their betrothed] in hand) (Tokyo: Domesu Shuppan, 1983). Although many of the photographs in the original volume are not included in the English-language edition, it has been enhanced by photographs curated by Linda Kawamoto Reid from among those in the rich collections of the Nikkei National Museum.