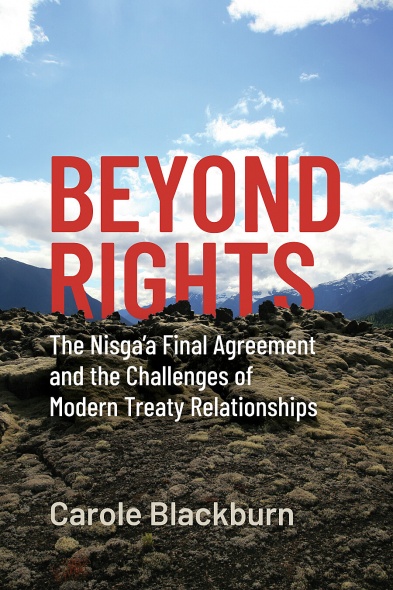 Beyond Rights: The Nisga’a Final Agreement and the Challenges of Modern Treaty Relationships

Most Canadians are aware of the existence of treaties between Indigenous peoples and the Crown. Phrases like “treaty rights” and “treaty relationships” form part of the everyday political vocabulary at every level of our federal system of government from territorial acknowledgements to ongoing struggles in courts, across barricades and at boardroom tables. But this general familiarity is quickly exhausted when we ask to what the phrase “modern treaties” refers. Forecasting an average response to such a question is, at best, a game of statistical probabilities and generalization, which has more than a passing resemblance to the carnivalesque art of cold reading. Nevertheless, I believe it is safe to say that within the popular imagination of the average Canadian the distinctions between the historical, numbered, and modern treaties are blurred into a single mysterious amalgam. In this imaginary form the treaties are seen in the murky sepia and grey tones of the 19th century. They retain their binding force and are held as objects of legitimate constitutional authority, but their life within the machinery of government and the courts is largely unknown. If you were to inform our imaginary average Canadian of the fact that since the Supreme Court of Canada’s decision in Calder in 1973 the Canadian government has concluded 26 modern treaties (also referred to as comprehensive land claim agreements) with First Nations and Inuit peoples covering approximately 40 percent of the country’s land mass (p. 3), I believe if is safe to assume that they would be surprised. This surprise is significant because the process of treaty making is still very much a going concern within the everyday business of government in Canada. It is largely conducted by a variety of legal and political specialists, but it is unquestionably shaping the constitutional realties of our shared future.

This general lack of familiarity of precisely what the modern treaties are brings me to the significance of Carole Blackburn’s book Beyond Rights: The Nisga’a Final Agreement and the Challenges of Modern Treaty Relationships. As its title suggests, this book is focused on one of the 26 modern treaties, namely the Nisga’a Final Agreement (also known as the Nisga’a Treaty) but Blackburn does not confine herself to a solitary case study. Rather, in this book she uses an examination of the Nisga’a Treaty as an example of the “promises and pitfalls of contemporary treaty making as a means of reforming relationships between Indigenous peoples and the state” (p. 4). Blackburn focuses her examination of the Nisga’a Treaty on self-government, Aboriginal title, and membership, which form the foundational pillars of the treaty as a vehicle for both self-determination and reconciliation (p. 144). This structure is clearly reflected in the table of contents as the book is divided into four chapters dealing with self-government, Aboriginal title, treaty citizenship and the meaning of the treaty relationship.

The Nisga’a Treaty is well-suited to Blackburn’s purposes in Beyond Rights. Among the modern treaties, the Nisga’a Treaty is particularly interesting as it includes the right of self-government and recognizes Nisga’a ownership of 2, 000 sq. km. and treaty rights to a further 27, 000 sq. km. of their traditional territory in the Nass Valley in northwestern British Columbia. The Nisga’a Treaty has also been the subject of significant political and legal conflict, as Gordon Campbell (then leader of the opposition in the provincial legislature) contested its constitutionality. Justice Williamson’s decision in Campbell et al v. AG BC/AG Cda & Nisga’a Nation et al, 2000 BCSC 1123 maintained the constitutionality of the Nisga’a Treaty and the plaintiffs did not continue litigation as Campbell became Premier. This line of litigation continued as members of the Nisga’a who objected to the results of the treaty contested its constitutionality. This ultimately resulted in the BC Court of Appeal’s decision in Sga’nism Sim’augit (Chief Mountain) v. Canada (Attorney General), 2013 BCCA 49, which, again, maintained the constitutionality of the treaty (albeit on rather different and less compelling constitutional reasons than Justice Williamson). All this to say, the Nisga’a Treaty is among the best examples to choose when considering the “promises and pitfalls” of the modern treaty process as a whole.

I will conclude with a few comments on the value of this book in the ongoing project of reconciliation. The primary virtue of Beyond Rights is that it brings the complicated and, all too often, legally technical question of modern treaties to a wider audience. Blackburn’s prose is clear, and she does not presume that the reader has prior familiarity with the modern treaty process or Aboriginal law. As a result, Beyond Rights is accessible to a wide range of audiences from undergraduates in the social sciences to our imaginary everyday Canadian. Finally, and perhaps most importantly, Beyond Rights provides a compelling account for why, despite their flaws, the modern treaties are important to the future of reconciliation in Canada and ought to have the attention of all Canadians.